Dead Donna and That Cake 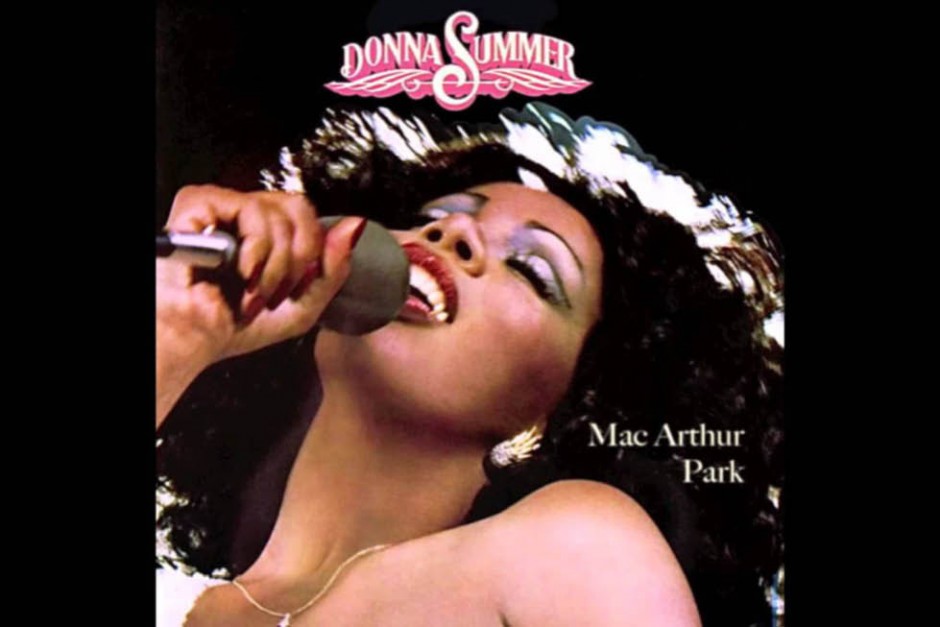 The demise of poor dear Donna Summer got us thinking about Macarthur Park and that cake that she left out in the rain. Firstly, a tad silly of her to leave it in the rain. Being a baker myself, I know that’s simply a novice mistake – yes, one might cool it on the windowsill, or take it to a picnic in a basket, perhaps for alfresco dining a glass cake dome would work – but leaving it outside unprotected on a rainy day…simply silly!

Anyway, what’s done is done; the cake’s melted and all that sweet green icing is running down…but, see here’s another problem, if she’s close enough to see the icing running down you’d think she could quickly grab an umbrella and rescue it before it got to such an unsalvageable state that she can’t take watching? Even if the rain is pouring and, say, she’s had her hair done and is wearing a pretty dress and can’t possibly go out into the rain to rescue it then you’d think she could turn her back or close the curtains instead of putting herself through the agony of watching it be ruined?

Perhaps it is a tragedy; maybe it was the night before a jubilee-esque street party and there wasn’t time to remake it but, my real issue is why she doesn’t have the recipe anymore? Presumably the cake was pretty fresh, after all there’s no tragedy in a stale cake being ruined, but if it was recently made then what did she do with the recipe between baking and it melting? Most people keep a recipe, at least until they’ve tasted the finished product – if she’d tasted it then it’ll be a half eaten cake and really, a half eaten cake melting in the rain isn’t worthy of a whole song either. Possibly she made a mini cupcake version at the same time; tried that, decided it really wasn’t nice and so shredded the recipe (the recipe can’t simply be thrown in a bin otherwise she could retrieve it). But, then again a not very nice cake being ruined by the rain also isn’t really a song-worthy disaster!

So, all in all, as much as we loved Donna Summer; quite frankly we’re relieved she never did invite us over for dinner. Can you imagine the melodrama and emotion if her souffle didn’t rise or her sorbet didn’t freeze? Mind you, she probably would have made a great “Celebrity Come Dine With Me” Contestant!

Donna here’s to you and in tribute a link to our favourite song from our favourite musical where the green-iced cake really gets its chance to shine.

The Making of Gucci