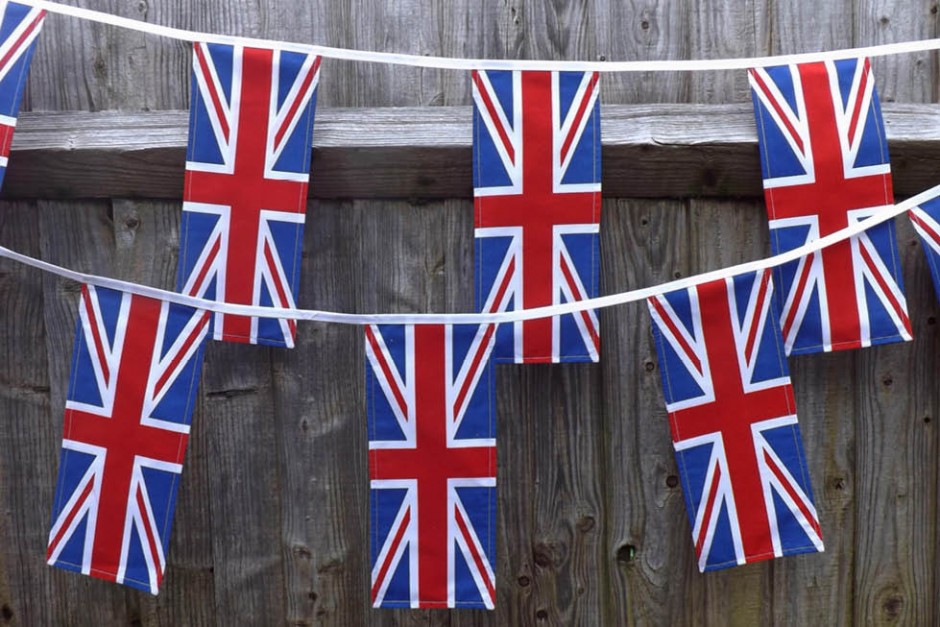 Britain had the dress rehearsal with The Royal Wedding in 2011 so Planet Elldrew are especially looking forward to The Queen’s Diamond Jubilee Celebrations next weekend. Not just because we get to have 4 days out of the office, but it will be another chance to catch-up with friends and celebrate all things British.

We were kindly invited to watch the wedding at our friends who hosted a British themed Tea Party; cue boater hats, tea cups raided from grandma’s china cabinet, scones, finger sandwiches and plenty of Union Jack flag waving. It was terribly civilised spotting the celebs on the TV, the girls oohing and aahing at the wedding dress, oh and we can’t forget the spontaneous bursts of laughter at Princess Beatrice’s fascinator – it became a hot topic of global debate – actually we are still smirking just thinking about it! After a few cups of delicious English Breakfast tea (I think a few drops were sprayed across the wall thanks to Bea), the nibbles depleted, it was time for the grown-ups to start mixing up jugs of Pimms and a few high ball glasses of Gin & Tonic, crank up the music tempo and continue to enjoy the chit-chat…and as the afternoon rolled on there were challenges taking place to see who could replicate or originate an even worst fascinator, using any object that could be found lying around the house. Good times!

Always up for a celebration, we are looking forward to taking full advantage of a friend’s balcony that overlooks the Thames, hoping to catch a glimpse of Her Majesty on her especially built Flotilla as it joins a fleet of around 1,000 other boats and barges. This is just one of the many celebrations taking place around the UK next weekend…we are hoping that people get into the swing of things, get those street parties happening, bunting strung from house to house, rein-acting the bygone camaraderie and togetherness of the 1950’s.

If however you do need to whip up a plate for the celebrations then Planet Elldrew recommend Donna Hay’s “best ever” Lemon Chicken Sandwiches. After further requests to make them again from friends we think it’s time we reveal the recipe…something this good just has to be shared. Nomnomnom.

Spread one side of each bread slice with butter. Place the chicken, mayonnaise, lemon juice, basil, mint, salt and pepper in a bowl and mix to combine. Divide chicken mixture between half the bread slices and top with remaining bread. Cut sandwiches into small triangles and brush one side with the extra mayonnaise. Press the mayonnaise into the chives to serve. Makes 24.

Made by Bob, Cirencester