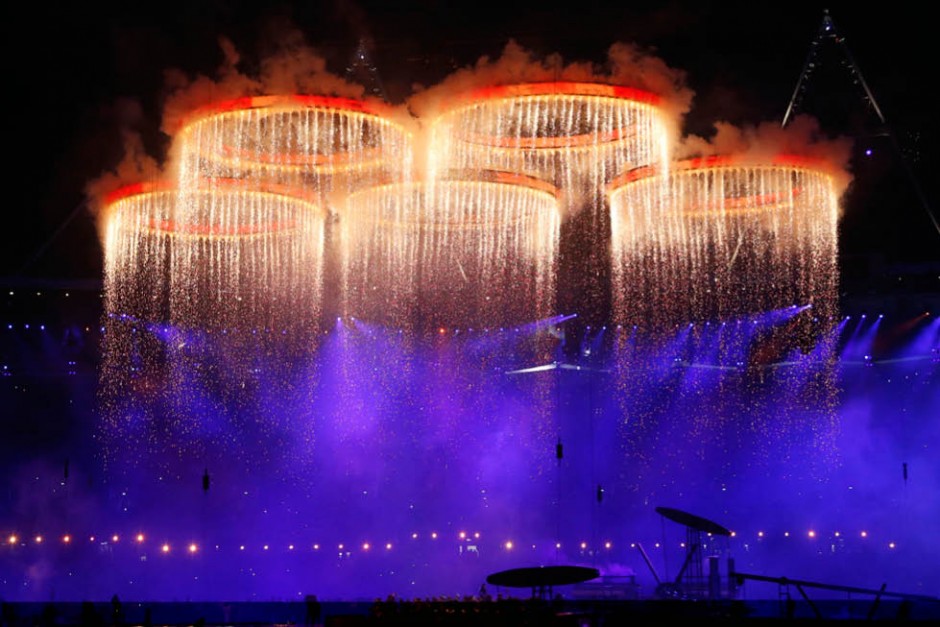 No, Planet Elldrew has not started humming a line from ‘The Twelve Days of Christmas’ carol! With the greatest sporting event currently taking place in London, and only 1 day left before the closing ceremony, we have to admit the Olympics has drawn us in like everyone else around the globe.

Not big sporting fans at all, on reflection we have even surprised ourselves how the TV channel has been stuck on all things Olympics – our Sky memory card majorly depleted with all our regular shows sitting waiting to be watched (god knows when we are going to find the time to catch up with 6 episodes of The Only Way Is Essex)!

But let’s rewind slightly. The advertising campaigns and bombardment of transport updates from the London Mayor’s office before the 2012 Games suggested chaos would take place for Londoners travelling to and from work. “Up to 1 million visitors a day” expected on the rail networks. Companies urged to advise staff to find alternative routes to and from work. We are not sure if the scare tactics actually kept Londoners away, or the fact that over 1.5million British holiday makers decided to flee the country days prior, but travelling each day during the Games to two of the busiest predicted tube stations was in fact a breeze, we would even say it was quieter than normal.

Not much needs to be said about the opening ceremony. For anyone that did miss it, it was spectacular. A great reflection of the history that has made Britain great (even if some bits would have been lost on the International audience). We even learnt of a few new countries as the Olympians were paraded out in alphabetical order…Kiribati, who knew?

We were lucky enough to score tickets to three events across the main Olympic venues:

Greenwich Arena (temporary name change from ‘The O2’ due to sponsorship legalities) – where we watched the Gymnastics preliminaries (with all events taking place at the same time on the floor it was hard to actually focus on any one apparatus and we had to giggle when we heard a big crowd ‘oooo’ with no reaction from us, clearly we were not watching the same thing),

Horse Guards Parade – where the Beach Volleyball preliminaries took place, such an amazing open-air venue with spectacular views of the London skyline, the atmosphere was electrifying, and

The Aquatic Centre – where the 3m Springboard Diving preliminaries took place…the more somber of all the events we went to, the crowd giving the divers the courtesy to concentrate on their dive, but it did allow us to spend a couple of hours walking around the Olympic Park…we have NEVER seen so many people in one place, mad! But even a 20 minute queue for a Big Mac didn’t dampen our spirits.

Speaking of damp…thankfully the London monsoon the month prior finally departed and all in all the weather has been great!

So all that remains is the closing ceremony and the IOC’s final remarks on the host nation. Athens in 2004 was giving the title of an “unforgettable, dream games”. Sydney 2000 was hailed “the best games ever”. We have a feeling that London 2012 will be something along the lines of “the friendliest games ever” but I guess we will have to wait like everyone else. We imagine you will be able to hear a pin drop on the streets of GB on Sunday as the electricity meters spike with the nation glued, once again, to their TV sets watching Britain’s most famous exports entertain the world with song.

A Trio of Books Reviewed for Summer