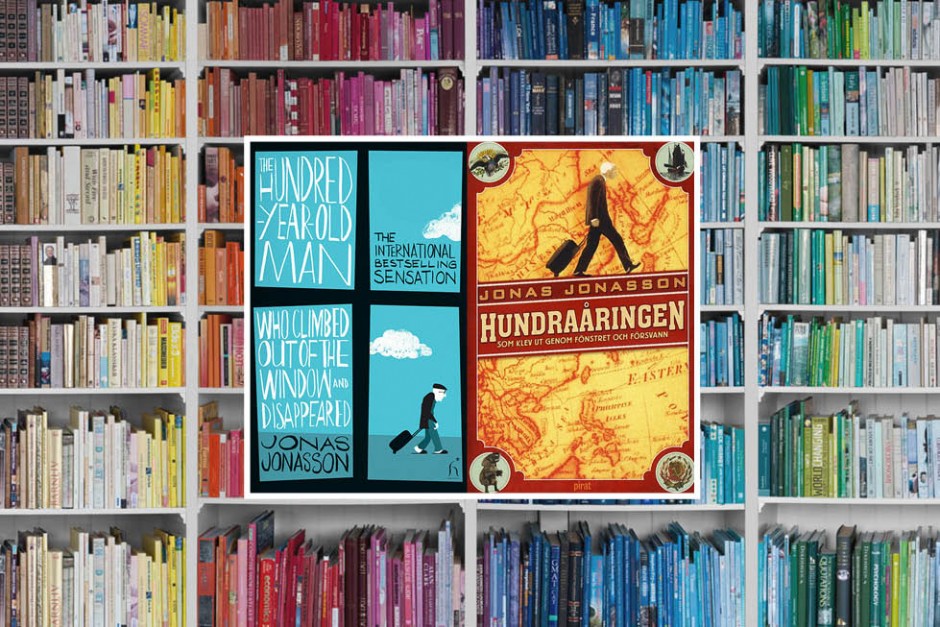 “The idea had barely taken hold in the old man’s head before he opened the window of his room on the ground floor of the Old People’s Home in the town of Malmkoping and stepped out – into the flowerbed. This manoeuvre required a bit of effort, since Allan was one hundred years old. On this very day in fact.”

And so begins the rip rollicking adventure of ‘The Hundred-Year-Old Man Who Climbed Out of the Window and Disappeared’. What an adventure it is; jumping between past and present, the story of Allan Karlsson’s life before and after he climbed out the window is a hysterical tale of coincidence, calamity and vodka set against a backdrop of the changing global political arena of the 20th century. As a holiday read Elldrew struggled to put the book down, only occasionally surfacing from its covers for a refreshing dip in the pool or to whip up a batch of croissants or banana cake.

Disregarding his longevity, Allan’s adventure after climbing out the window is full of hilarity as he joins with a motley crew of humans and animals (Elldrew love Sonya the Elephant) outwitting the police and the press in a chase around Northern Sweden. However, it is the alternate chapters chronicling his more youthful adventures which really make the book with the apolitical, often drunk, and somewhat bumbling Allan stumbling into the world’s most significant conflicts, making him an unwitting hero and friend to the powerful and great.

Allan’s history begins with his father’s acquisition of an “enamelled Easter Egg” whilst fighting the Bolsheviks in Russia, through which indirectly and inadvertently Allan becomes an explosive expert, propelling himself to the centre of the atomic race. With this accidental skill and a lot of luck he finds himself frequently at the ‘top-table’ breaking bread and downing vodka with as diverse company as General Franco, Nixon, De Gaulle, Churchill, Stalin, Chairman Mao (noodles not bread with Mao though), Kim Jong-il and president Truman (Tequila instead of vodka with Truman).

Despite the pure fiction and complete improbability of the book, one wishes it were true and that our destiny were in the hands of bumbling drunken fools (no inadvertent reference to Boris Johnson meant!). More so, Elldrew think we could all learn from Allan and his lacksadaisical approach to life…what fun that could be, although we are not sure we could be as frivolous with our possessions, something our fellow travellers can testify to given the weight of our holiday luggage!

If you want a read that is like no other, that is part comedy, part political, part philosophical and always great fun then get this book!

An English High Tea, Fit for a Princess

Did Someone Say Tea?