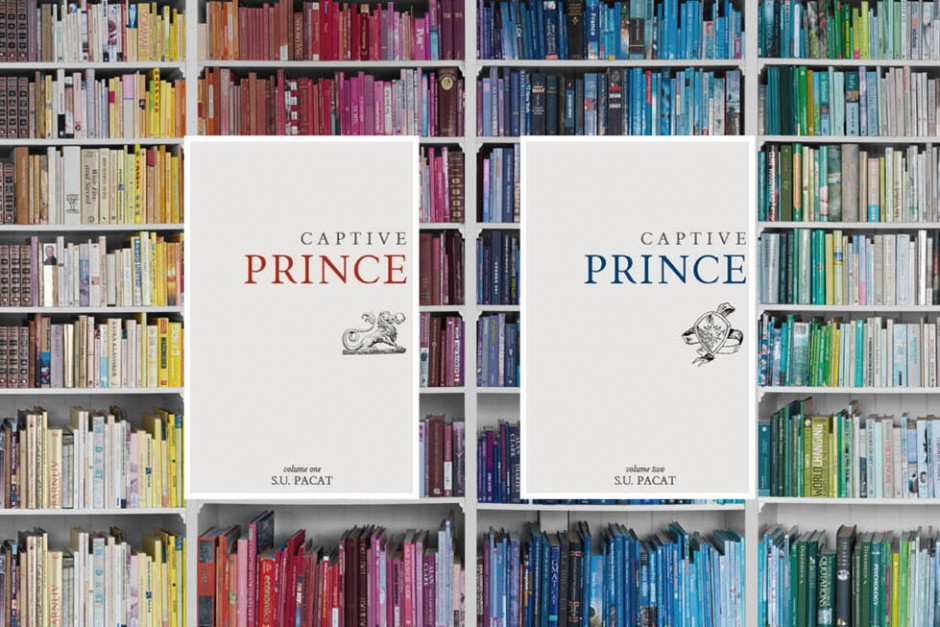 For anyone that enjoyed reading ‘The Song of Achilles’ by Madeline Miller, then you are in for a treat with the ‘Captive Prince‘ series by S.U. Pacat.

Let’s call it ‘Adults Only’ (although we wouldn’t say it was any more graphic than an episode from the TV series ‘Spartacus’), the story revolves around Damen, a warrier prince, who is captured and stripped of his identity on the death of the King, by his half brother, and sent to serve as a pleasure slave to Laurent, the manipulative prince of an enemy nation.

Book 1 tells the story of Damen’s enslavement and the hardships he endures at the hand of Prince Laurent (whilst trying to keep his true identity hidden for fear of death). Book 2 continues the story, however this time Prince Laurent is asked to prove his leadership before becoming King (by his ruling uncle) and embarks on a journey of entrapment, with Damen, who’s bonds are becoming more entwined.

Cleverly written and an easy read (hate when authors make up fictional characters and destinations that are too hard to pronounce or even remember, which is not the case for Captive Prince), it’s very gripping, leaving the reader wanting more.

I tweeted the author the other day asking when the 3rd and final instalment is due, it’s still being worked on I was told, so I am hoping it wont be too much of a wait, and am expecting a brilliant finale!

The author has a website: http://captiveprince.com/ which naturally provides more on the books (I believe the books started out as a blog before being published), as well as categorising the ‘adults only’ content/genres (just doing our bit for society haha).

Made To [Not] Measure