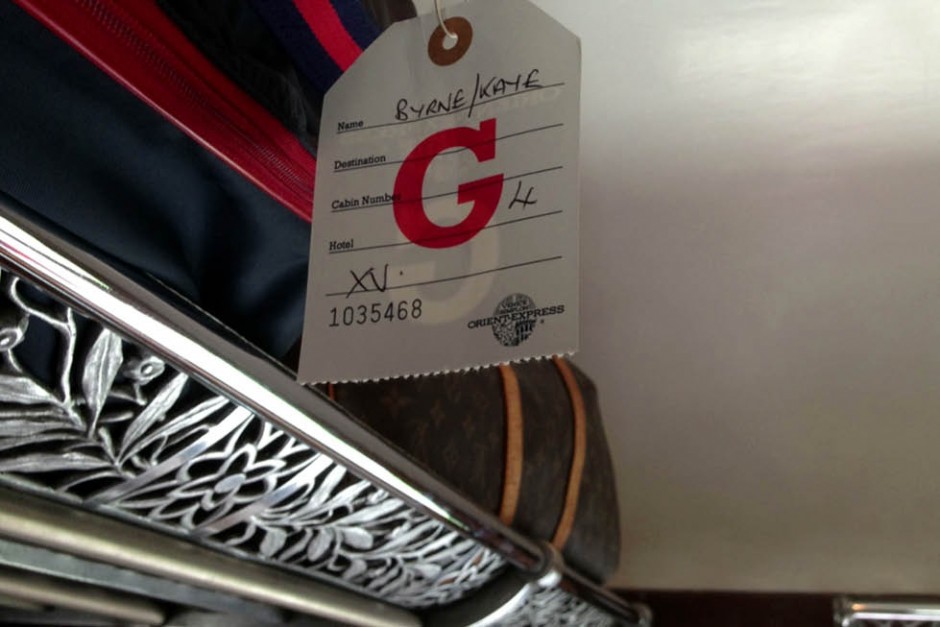 Elldrew don’t want readers to think that our lives are too glamorous, but we did get a fabulous opportunity to experience first-hand the ‘Golden Age of Travel’ aboard the legendary Venice Simplon-Orient-Express (VSOE). What a trip it was; 48 hours that sparkled like the champagne that flowed into crystal glasses and gleamed like the polished mahogany across every surface…this surely has to be the most fantastic train journey in the world, on the most famous train of course!

The build up started weeks in advance as we carefully decided on and curated the perfect outfits for every step of our journey. Tuxedos dusted off, new shirts acquired, jewellery polished, shoes shined and luggage ready for packing as the day drew near. Arriving amongst the throngs of rush hour commuters at London’s Victoria Station, it could be easy to miss Orient-Express’ exclusive departure lounge on Platform 2, but the other elegant travellers crowded around the dedicated check-in guarantees you are not just queuing for any ordinary train.

We were escorted onto the platform to board the British Pullman for the UK leg of our journey – London to Folkestone. Travelling with two other friends, we were delightfully overwhelmed when we were shown to a private coupé in our carriage ‘Gwen’*; the Queen Mother’s carriage. Our previous journey on the Pullman was in the main seating area, which has a 2 or 4-seat formation. We did remember there was a buzz in the main carriage, so we wondered if we might miss out on that, but considering the four of us were overly excited about the journey that awaited us it was nice to have the privacy of the coupé. We actually went for a walk through the carriages to see who our fellow passengers would be for this adventure and, on reflection, it was a rather somber atmosphere, so we were glad to have our private seating. 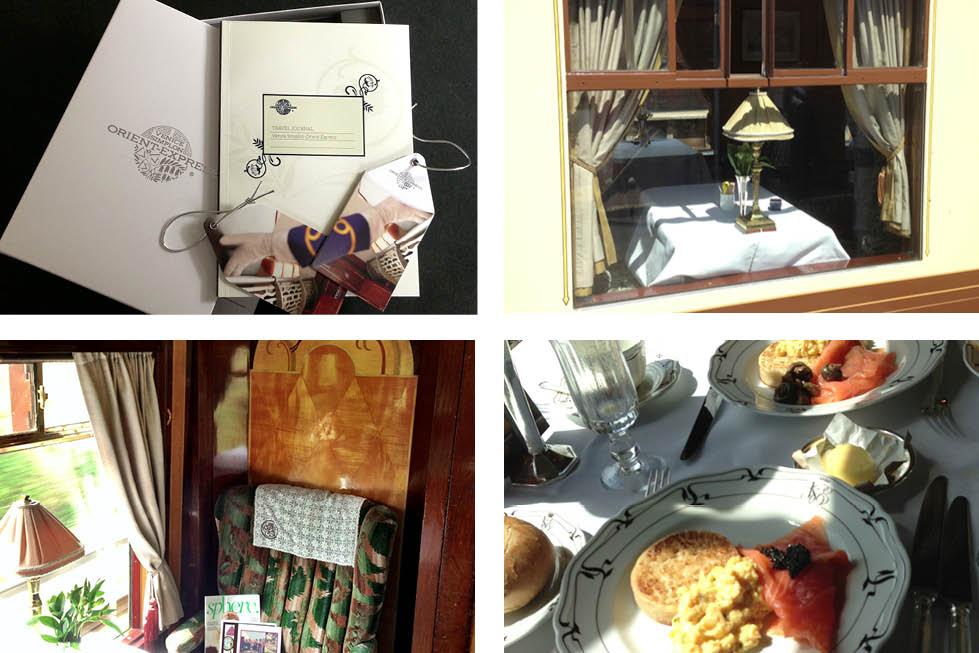 Barely did we have a chance to admire the beautiful cabin (nor consider that Her Majesty herself may have sat where we were sitting) when a steward arrived to serve us a Signature Bellini (well what else could they serve on the way to Venice?) and take us through the trip and menu. Those of you following our blog will know we’ve experienced the British Pullman lunch before. Whilst a 5-course lunch day trip is exciting and luxurious, the anticipation of actually travelling to meet the VSOE was well and truly in the air.

Set against a backdrop of the English countryside on a beautiful spring morning, we watched the canola flowers paint the fields in a vibrant yellow as we prepared for our brunch to be served. Brunch was a suitably epicurean delight of scrambled eggs with chives and smoked salmon, served on a warm crumpet with pan-fried mushrooms. Bellini’s topped up (of course) dessert followed with an apple and cinnamon spelt cake, whipped cream and a nice strong coffee (which was much needed as we had got far too comfortable in our seats by now), and with that two hours had disappeared and we were already pulling into Folkestone.

As we departed the train we were escorted by a spritely brass band, playing tunes of a bygone era, to awaiting luxury coaches for the journey under the Channel. Never one to avoid a drama Elldrew almost failed at this point – being the last to board the bus struggling to find a seat. After a few concerned looks from our hostesses, several headcounts and the shuffling around of two-dozen Japanese pensioners, we were comfortably nestled in our seat for the short journey to the Eurotunnel departure terminal.

There was a brief stop at the terminal’s rather unglamorous souvenir shop (whilst we awaited our assigned slot to depart on the next shuttle) before re-boarding the coach for the 30-minute journey to Calais, France. The trip was rather unexciting (a bus stuck in a moving metal container pretty much sums it up). We were surprised that alcoholic refreshments were not offered but instead a choice of still or sparkling water, and a bowl of mixed pretzels (maybe there just isn’t enough time to complicate this part of the trip with beverage options?). With the buzz from the earlier Bellini’s still lingering, and anticipation that shortly we would be joining the VSOE, the trip raced past and before we knew it we were back on the road for the short 15-minute journey to Calais station. As we approached the station we spotted the crew, all in white VSOE uniforms, lined in a row with welcoming smiles. But the star of the day was polished and gleaming in all her beauty, here awaited the Venice Simplon-Orient-Express!

Spring Restaurant, Whatever the Season