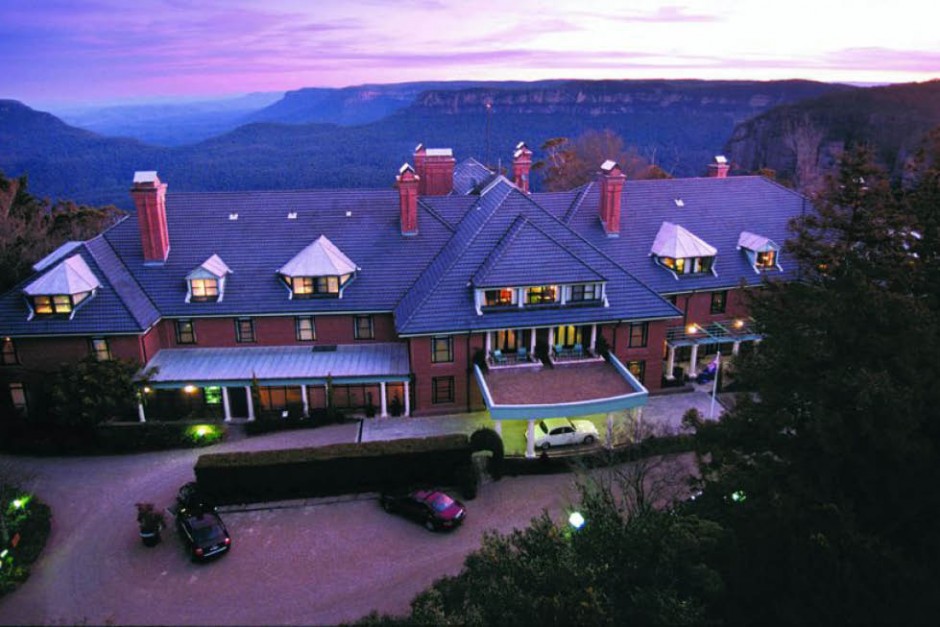 During our recent Aussie road trip into the heart of NSW we decided to stop for a night at the famous ‘Lilianfels Resort and Spa’, which is virtually perched on the cliffs of the spectacular Blue Mountains, about 1.5 hours drive west of Sydney.

The Blue Mountains (a World Heritage Listed National Park) famously got it’s name for the blue hue that appears to surround the mountains, thought to be from the eucalyptus tree oil in the air but scientifically it’s due to water and dust particles interacting with sunlight (similar to when you see blue in a rainbow). Who knew! We however prefer the eucalyptus oil theory.

Lilianfels is situated adjacent to the original summer residence of the 6th Chief Justice of NSW, Sir Frederick Darley. The Victorian style house, built around 100 years ago, still remains and houses the fine dining restaurant aptly named ‘Darleys’, however Lilianfels has been designed to complement the properties history.

As an ex Orient-Express hotel we had high expectations and we were not disappointed. We were given a very warm welcome on arrival – we had 2 weeks of luggage with us so a little embarrassed we did have to make a joke about only staying the night. Concierge provided all the information about exploring the Blue Mountains in the afternoon, great tips about where to go and what to see first, ensuring we ended up at the ‘The Three Sisters’ look-out point just before dusk to watch the spectacular sunset across them and the expansive gully.

When we stepped into our room it felt like the room just hugged us. Soft furnishings with an abundance of floral fabrics (with matching wallpaper) might have, on first impressions, been a bit over-the-top but actually, it all worked. The room felt cozy and inviting – which is what you want if you are coming for a spa break.

We didn’t check out the spa facilities but we did manage to explore the hotel, starting with the large guest lounge full of inviting sofas and arm chairs (as it was the end of winter the roaring open fireplace made us want to just grab a book and a glass of red but we had lots to do)…we promised to take a dip in the inviting indoor pool (we sadly didn’t get the time), we popped our heads into the billiards/games room and library as we headed outside to explore the quaint gardens and outdoor heated pool – where two ducks were having an afternoon dip, so unfazed by our presence.

We made our way to ‘Scenic World’ which boasts a skyway cable car taking in the breathtaking views of the mountains and waterfalls (ps check out the bottom of the welcome sign, Elldrew left our mark). We trekked around the basement rainforest walkway via the world’s steepest incline railway before heading back to the top of the mountain via the cableway, ending up at the look-out point to view ‘The Three Sisters’…the sun setting, the view was not only magical, but awe-inspiring. 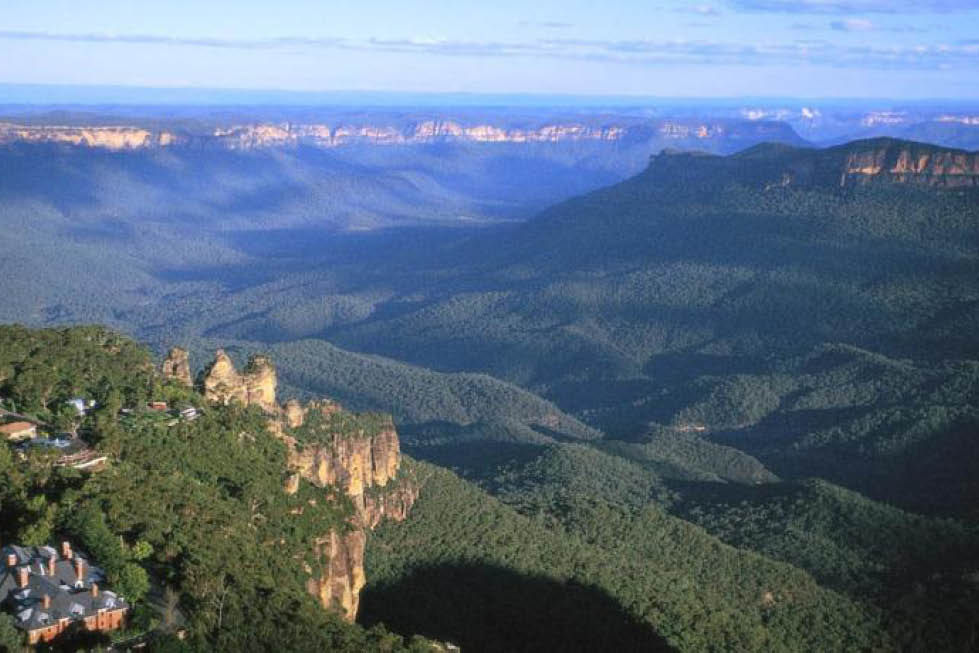 Speaking of magic, there is an Aboriginal dream-time legend (one of many actually) as to how the rock formation of ‘The Three Sisters’ came to exist:

Long ago there was a feared Bunyip that lived in a deep hole, so when the father (a witch doctor) would pass the hole in search of food, he would leave his three daughters safely on the cliff. This particular day one of the daughters was frightened by a large centipede. She threw a rock at it but  missed and the stone rolled over and into the hole, angering the Bunyip. As the Bunyip approached the girls, to protect them from harm, their father used his magic stick to turn them into stone. Angered by this the Bunyip started to chase the father, who changed into a magnificent Lyre Bird to get away safely, but by doing this he dropped his magic stick. When the Bunyip had disappeared the father returned but could not find the stick hence the Lyre Bird, that still flies around the mountains today, is believed to be the father looking for the stick that can turn his daughters back to their former selves.

This story was the perfect way to end the day as we headed back to the hotel to refresh for dinner at Darleys, and like the legends, that’s another story.

Thanks Lilianfels for a great stay, we felt recharged and promised to return for a longer visit next time…and definitely make time to pamper ourselves in the spa facilities and order that glass of red and take in a book, or two.

PS. Whilst you’re in the area do check-out the magnificent landscape gardens of Everglades House and the pretty village of Leura.