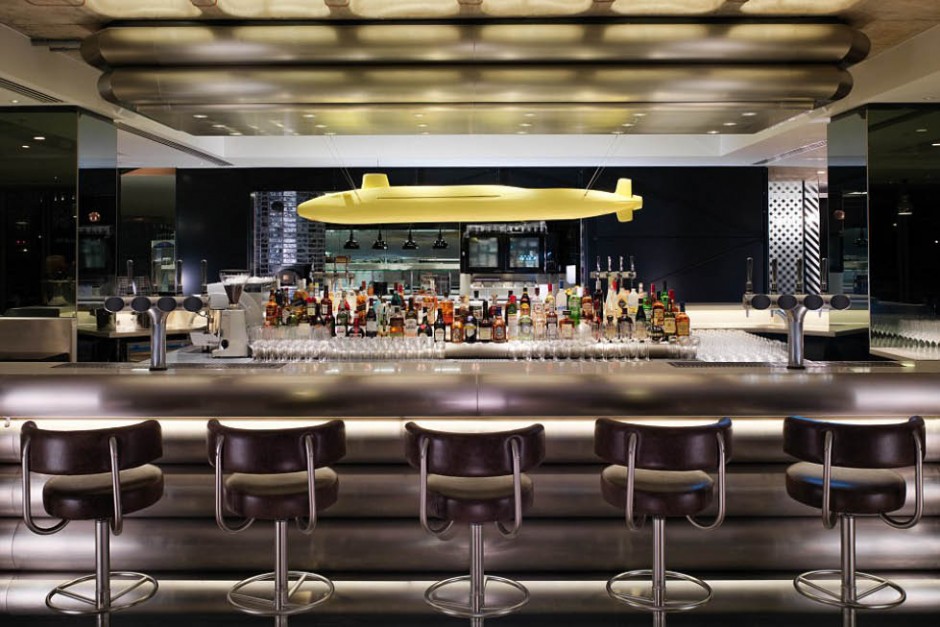 The new Mondrian London hotel opened earlier this year to much fanfare and Elldrew were particularly excited to take a peep inside (we knew the building from when it was offices of an old client) so what better excuse than a pre-Christmas dinner in it’s main restaurant ‘Sea Containers’.

Sea Containers has been aptly named after the building that houses the hotel (Sea Containers House) and is award-winning New York chef and restaurateur Seamus Mullen’s first European restaurant. To be honest we had no idea who Seamus Mullen was beyond what we’d read in the papers, but we were nevertheless excited to try his “farm to table” dining concept.

The Mondrian London has been designed by renowned British designer Tom Dixon and from the moment you arrive you can’t help but be blown away by the massive copper ‘hull’ that runs from the outside of the building, through the lobby and on to the river side of the hotel, where the main restaurant is located…we would recommend visitors make the effort to arrive via the main entrance and not from the Thames Path side (it isn’t as spectacular). Following the hull through a somewhat labyrinthine corridor you arrive at the restaurant and bar reception area – we were disappointed that the bar was fully booked and couldn’t have a pre-dinner cocktail, but the staff were super accommodating and tried to find us a table in the hotels main bar ‘Dandelyan’ (also fully booked), so we settled for a Spritz in the ‘Den’ (the Mondrian’s hangout parlour). 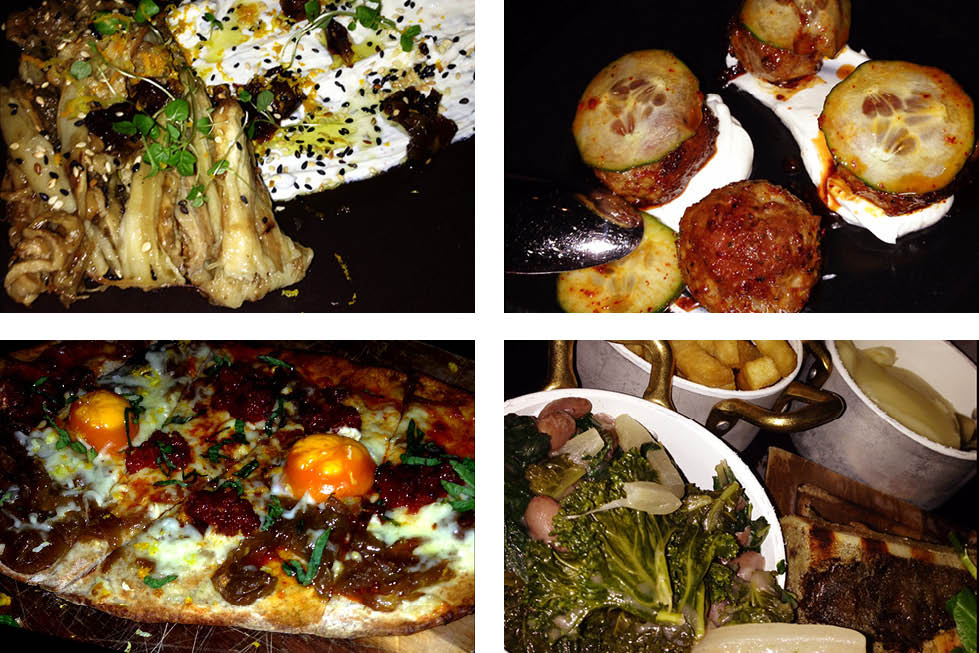 After pre-dinner drinks the friendly staff collected us and we were shown to our table. Our waiter explained that the menu was designed for sharing (this most definitely must stem from Mr Mullen’s known approach of modern Spanish cuisine); the menu split between raw, starters and salads, mains and large plates from the grill and clay oven. We initially balked at the cost of some of these (£71 for a rib eye) but our waiter kindly explained that for 6 of us two large plates would be ample, so we offset the rib eye with the smoked & roasted chicken (more on that later) at an entirely reasonable £32 for a whole chicken.

It’s worth noting that the staff and service was impeccable (one of the best ever). From the moment we were seated the staff couldn’t have been more helpful and attentive. Kudos to whoever trained them because even just a twist of one’s neck to take in the view across the Thames would send a waiter scurrying to see if you needed something. And more importantly they were fun, had a personality and were happy to engage in conversation…we never felt rushed or just another customer!

So about the food. We went with a sharing selection of starters that included Padron peppers blistered in olive oil with coarse sea salt (hard to go wrong and they didn’t), a crab salad on toast with pickled peppers and citrus aioli (great flavours and a generous serving of crab), the signature oven roasted lamb meatballs with soft sheep’s milk cheese, cucumber and Moroccan spiced vinaigrette (pretty d@mn fine), Sobrassade sausage flatbread with Mahón cheese, onion confiture and hen eggs (delicious), and an incredible charred eggplant with mint labneh (yoghurt), dates and black & white sesame which we could have had as an entire meal on it’s own – yum yum yum!

For main course we shared the dry-aged bone in rib eye and the smoked & roasted corn fed chicken. We took the waiter’s advice that this was ample and he was right – it was perfect (perfect with a couple of side orders as well). So perfect that we think a table of 4 would slightly miss out as one of these wouldn’t be enough but two could be too much! If you do have to make a choice go with the chicken; we thought that roast chicken was the boring option but how wrong were we – this was without-a-doubt the star of the show; perfectly cooked and perfectly seasoned, flavoured with a light citrus, salsa verde. 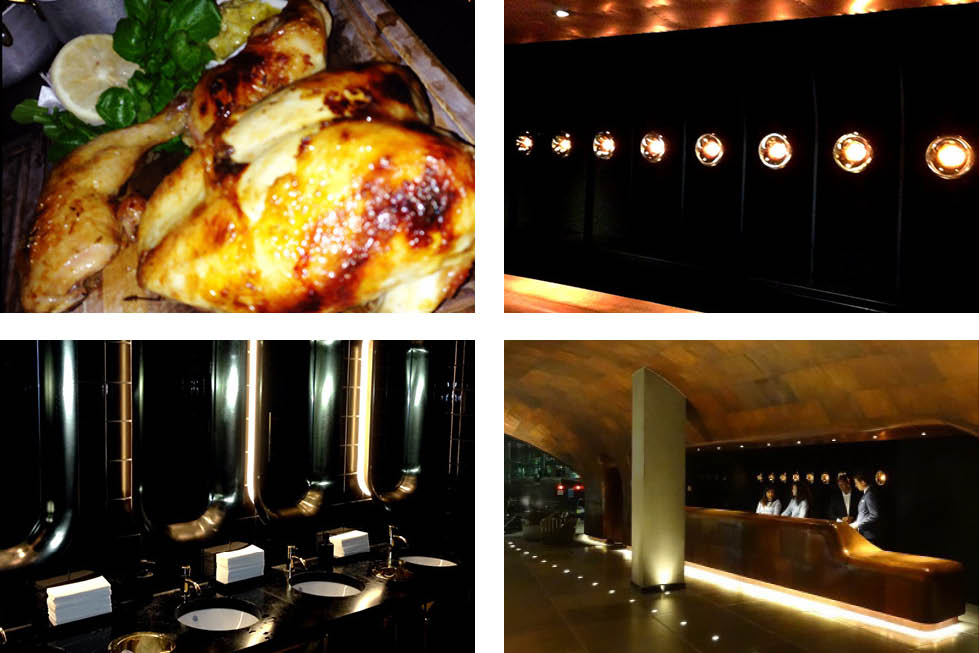 Dessert was less wow (too full by then to really savour them) but the homemade cookies won prize for best dessert and showed that sometimes simple ingredients cooked and seasoned perfectly are best; we’d be delighted to have a meal of Sea Containers’ roast chicken followed by their cookies any time!

The restaurant itself is busy, buzzy and fun – it may not have the sex appeal of Quaglino’s but it’s still a glamorous destination where big groups of friends or family (and there were big tables everywhere) can tuck into delicious sharing plates and be as loud and raucous as if they were dining en masse in their own homes (but an elegant Tom Dixon designed home!). Hopefully next time we will manage a drink around the bar, staring at the hanging yellow submarine wondering if we would actually like to live in one?

Made by Bob, Cirencester