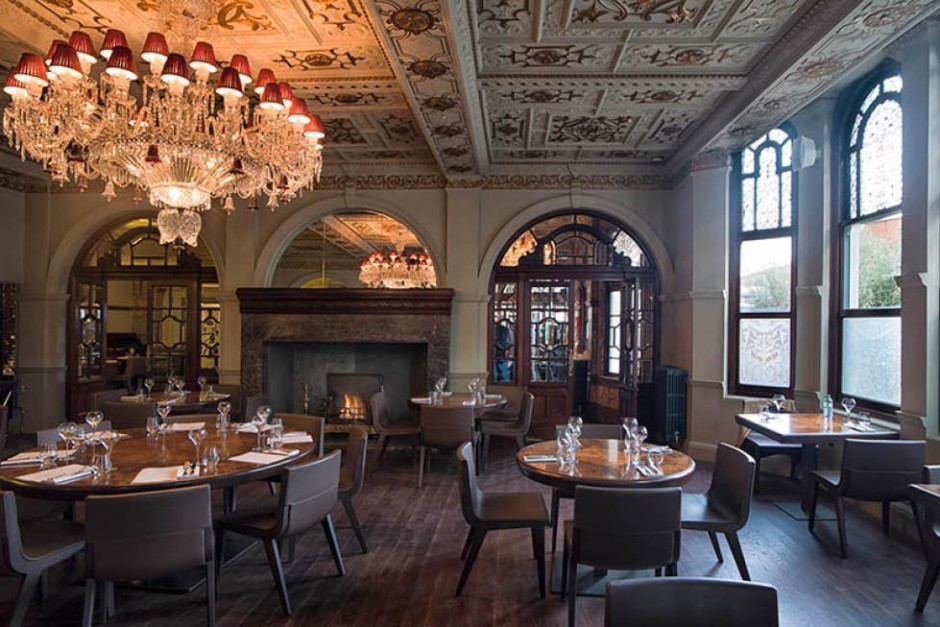 The second restaurant that forms part of our ‘Empty Chairs at Empty tables’ blog is Crocker’s Folly, situated in St John’s Wood NW8.

This recently refurbished and reinvigorated pub in Maida Vale has received it’s own fair share of press for the stunning listed interiors. Where NW3 failed so badly, Crocker’s Folly triumphs for its restaurant is a splendid celebration of Victorian lavishness, amazingly and fastidiously restored. Comprising of three rooms bedecked in marble with huge Murano chandeliers throughout, it is simply breathtaking. We hear that on a weekend Crocker’s Folly is brimming to capacity, sadly on another Thursday nights visit it had barely as many people eating as NW3.

Crocker’s Folly has an “interesting” menu predominately comprising of steak and fish, not really much in the way of other choices and so our table had a combination of both. Everything was delicious with two of us sharing an excellent Chateaubriand (although the dish seemed to cause a lot of drama when the excess of staff failed to locate a knife big enough, or sharp enough, to cut it with). Talking of “excess of staff”: there was a barman, a cloakroom attendant, a receptionist, a maitre d’ and a sommelier just in the two “empty rooms” before we even made it into the main dining room.

Special note should go to the “Smoke and Storm” cocktail – Crocker’s take on an Old Fashioned – which came served in a flask accompanying a crystal glass which was encasing a smouldering fire of cinnamon sticks. Yum! 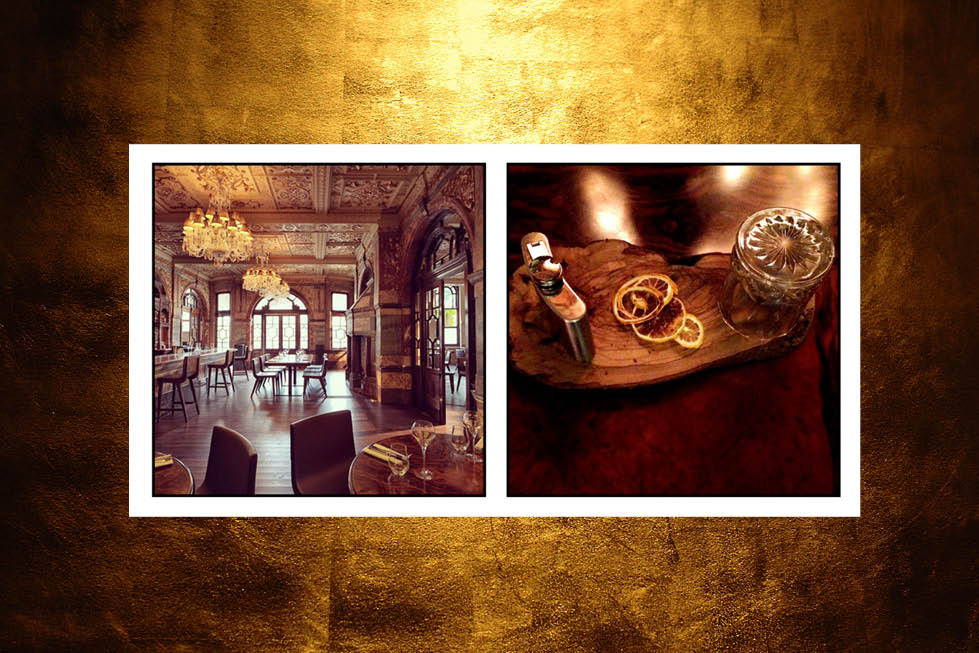 The star dish was the Sea Bass Carpaccio starter with apple, yuzu, wasabi and nuts dressing. Alas, Crocker’s Folly isn’t cheap. Despite the great quality of the food it worked out close to £80 a person; not the price you want to be paying for an empty restaurant and if Elldrew are really honest if we had wanted a great steak we’d have gone to a steak restaurant like Hawksmoor or Cut, so the lack of menu choice was a tad off-putting. We didn’t manage to get any food pics as we would have had to use the camera flash (which we would never do)!

Our waiters for the evening were fantastic so we did also want to acknowledge the great service.

Our overall opinion? Both are lovely restaurants, both served fantastic food by staff trying hard to please however it’s no longer the Eighties, or even the Nineties, so it felt that both were pitching themselves well above where they should be. The fact that we were one of only three or four tables in each would suggest that we’re not the only ones levying that criticism, and whilst they may sell out on a weekend no restaurant can survive on just two nights a week. We’d go back to both but, in fairness, we’ll never be going regularly if they don’t have the ambience that a “full house” generates!