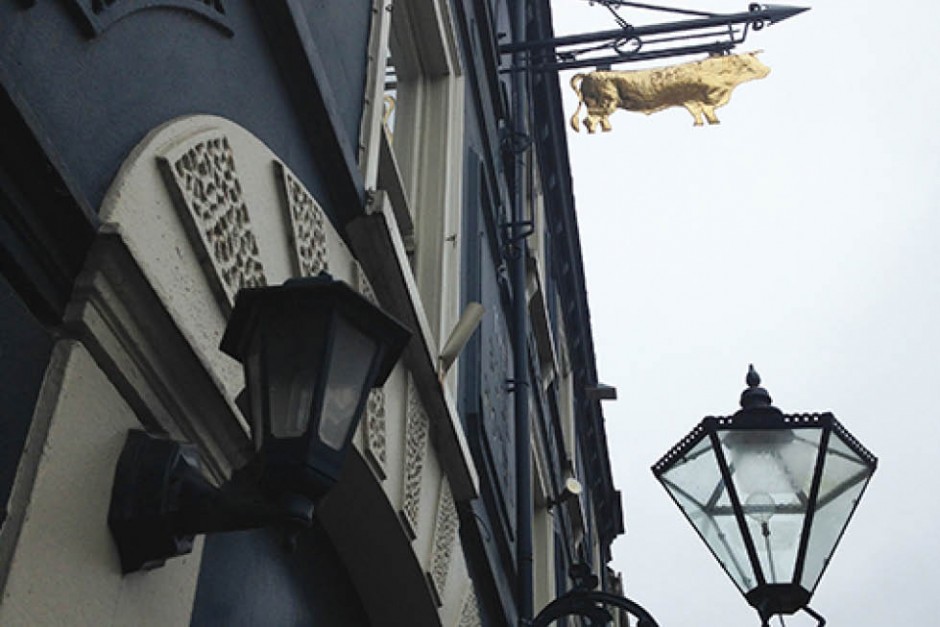 Our final visit was all the way down to Dorset where, inspired by the TV series ‘Broadchurch’, we spent a weekend exploring the Jurassic Coast. For this trip we stayed at The Bull Hotel in Bridport – a restored inn and where we substituted spa facilities for walks along the beach and the spectacular Dorset scenery. This road trip took up much further afield, but still a comfortable 3.5 hours drive from central London.

The Bull is smaller than Cowley, with just 19 rooms, but it does have two restaurants, a bar, a ballroom and a secret cocktail lounge! Elldrew wasted little time acquainting ourselves with the lounge and cocktail menu…it’s really one of those badly kept secrets as it’s open to the public as well as hotel guests but it has a dazzling selection of sprits and a very fun, rock ‘n’ roll vibe to it. Locals are ejected (politely of course) around 11pm with guests being allowed to linger until they call it a night (good old fashion English “Lock-In”…love it!). 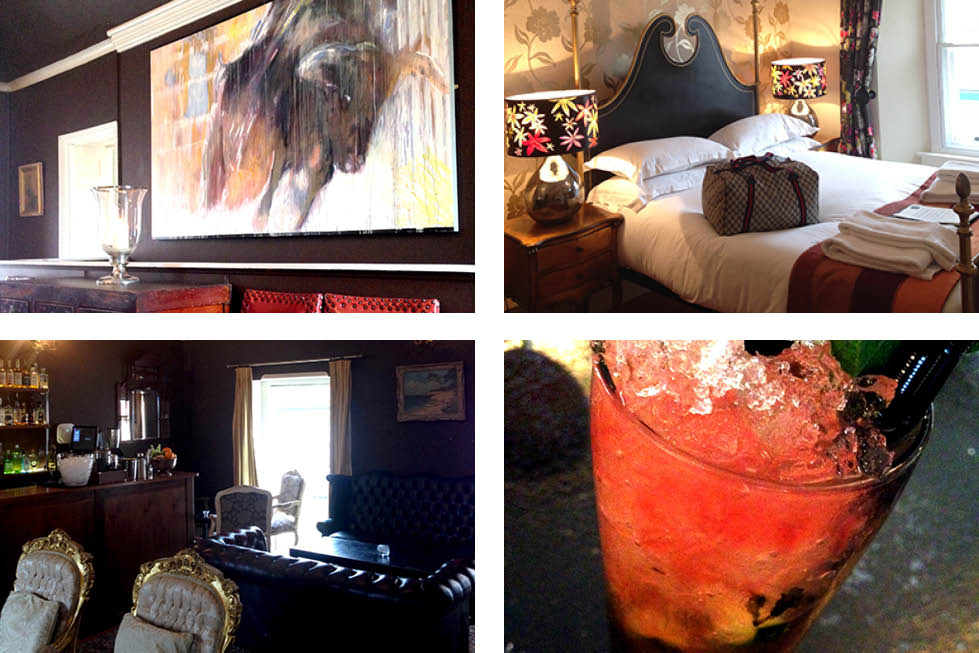 The rest of the hotel is exactly what one would expect from a converted inn…it’s all corridors, uneven floors and low doorways with each room decorated individually depending on the whims of the interior designer. Our room, the Tiku room, was spacious with a four-poster bed, well-equipped en-suite shower with an assortment of antique French and Chinese furniture. Elldrew would comment that the photos on the website are somewhat flattering and the rooms are perhaps a tad shabbier than they look (bearing in mind it has been a few years since they refurbished so totally acceptable), but that didn’t put us off as they were spotless, quirkily furnished and had ample storage.

If we’re honest we’d say we were also a tad disappointed in the hotel restaurant. The food was nice but we wanted more WOW after Pennyhill. The menu sounded great and being a smaller hotel we were expecting amazing dishes as they sourced their produce locally (the sea being at their doorstep)…maybe we have been spoilt by so many brilliant independent local restaurants in the past that our expectations are clearly too high, but don’t let that put you off, we enjoyed ourselves all the same. We would however absolutely recommend ‘The Stable’ at the back of the hotel. This casual “pizza, pie and cider” restaurant, opened by the hotel owner’s brother, served us what is possibly the best garlic bread we have ever eaten and some of the tastiest pizzas. 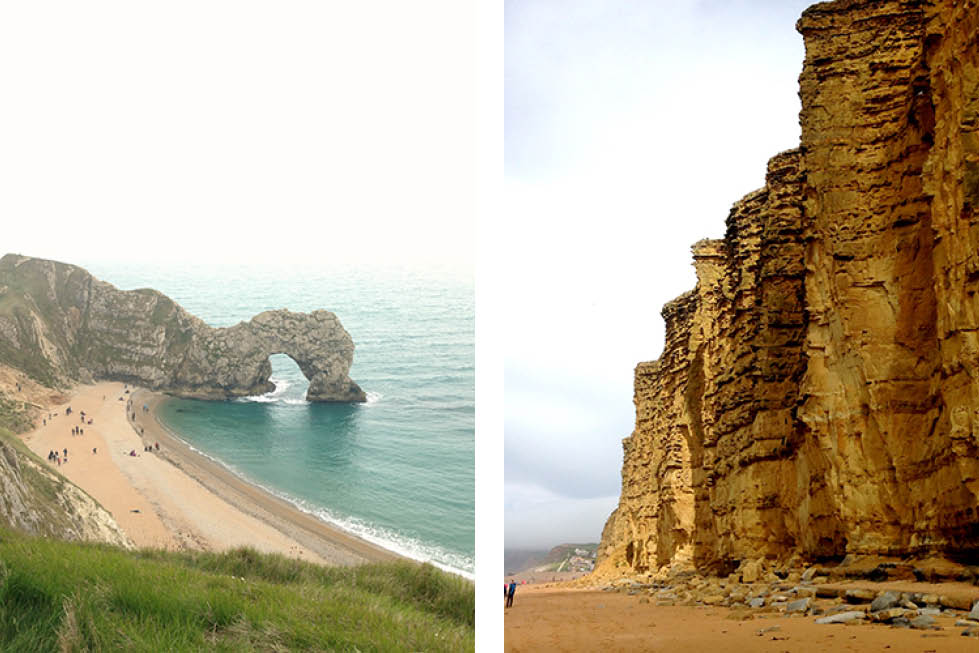 Friendly, young, trendy staff align perfectly with the hotel itself and we would not hesitate staying with them again, and highly recommend it for anyone exploring the local region. We heard a rumour that maybe some of the cast from ‘Broadchurch’ had stayed at the hotel during filming but we were too shy to ask who we had shared our mattress with [that sounded better in our head, really…oh just past us that cocktail list again will you!].

In the end our mini UK breaks roadtrip wasn’t a competition, especially with so many others towns and villages we want to visit, loads more restaurants to eat in and tons of hotels to stay at, but for now the winner has to be scenery, which didn’t fail to deliver on its promise. This part of the world is simply beautiful and the Jurassic Coast itself is spectacular – so blessed to have it on our doorstep. Even fighting the crowded pavements with our fellow tourists, filling the tiny seaside villages around Lyme Regis to breaking point, we still managed to soak up the relaxed vibe and stand with mouths agape at some of mother natures rugged beauty. 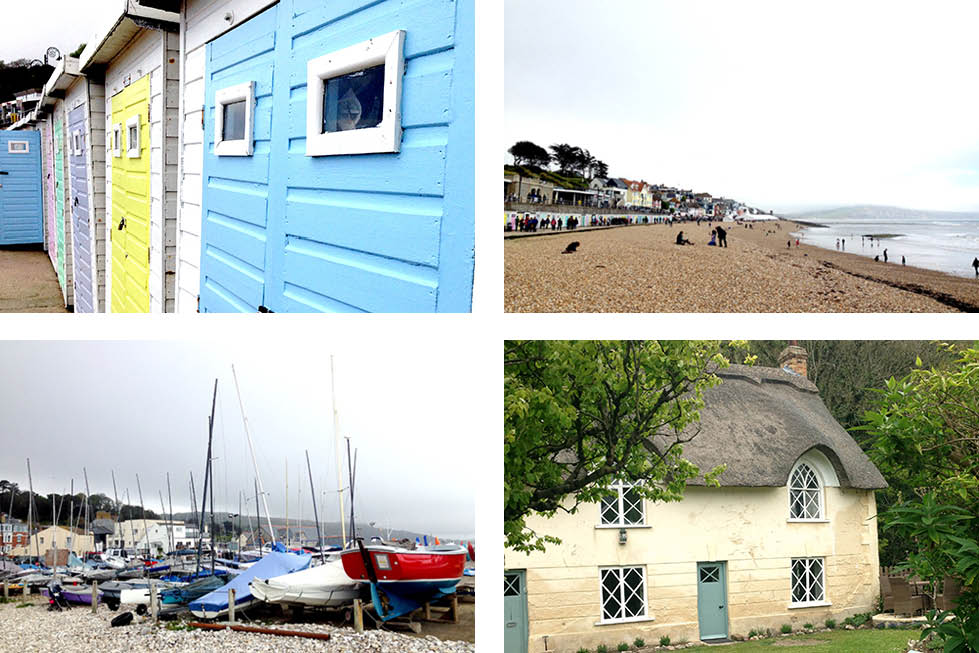 We hope you enjoyed the view from the back seat.