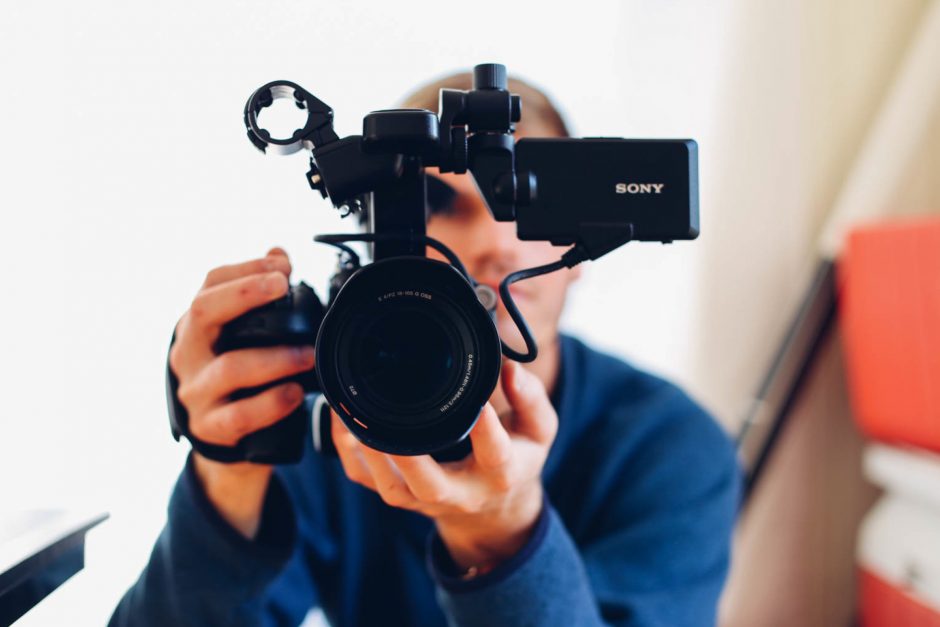 In 1968 Andy Warhol stated “In the future, everyone will be world-famous for 15 minutes”. We’re not sure whether this was a prophetic vision based on the ease to gain internet fame in the 21st century, but wanting our “15 minutes” Elldrew decided to seize an opportunity to put themselves in front of the camera for Amazon’s pre-Christmas “Approved By Customers” online campaign, with our bundle of fluff @TomKatsu.

Elldrew have no experience in front of the camera and 18-month-old TomKatsu even less. Having barely ventured beyond the four walls of our house with a small inner city garden (we are referring to the cat), all three of us nervously approached the film studios in East London early one Sunday morning wondering how the day would evolve.

We were greeted by Amazon and their PR firm’s ebullient staff and shown into a rather vast ‘green room’. That’s fine we thought, a larger room then expected, we’d get TomKatsu comfortable and used to the smells and sounds before taking him into a similar studio. For the hour we sat in the room our normally very curious and confident TomKatsu barely came out of his travel case, and when he did he hid behind the sofa. We started to get a tad stressed about his ability to perform, so called the casting agent who reassured us that the team at Amazon were fully aware that we had no prior experience in front of the camera and that we and TomKatsu would be fine. TomKatsu did manage to greet some of the team as they popped in to say hello, he was happy to show off to the Director (phew), but he did take a particular dislike to the Production Assistant – we don’t know why but every time she came in he scurried off to a hidey-hole. Thankfully she didn’t take it personally…we’ve stopped trying to wonder what goes on in that fluffy mind of his long ago. 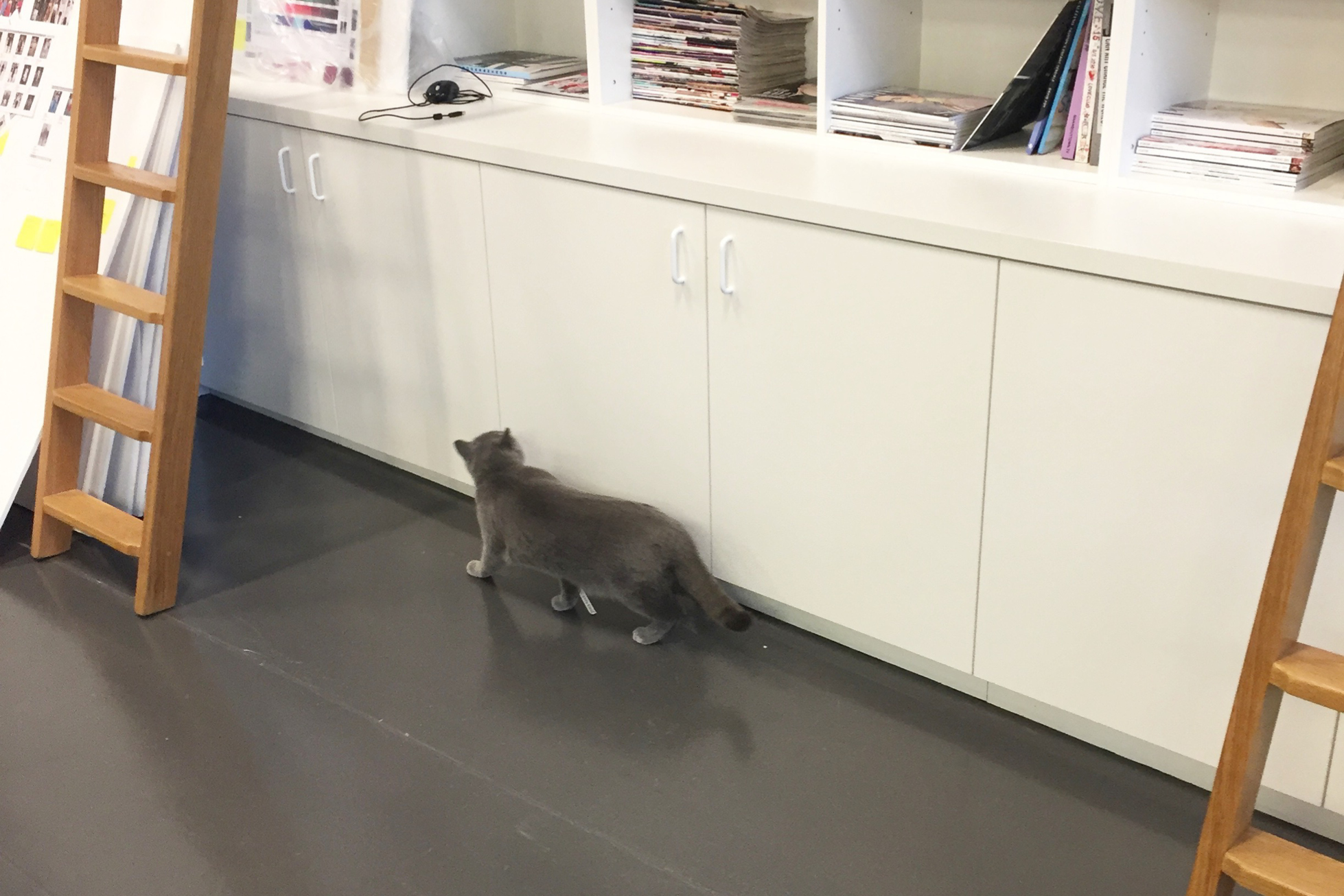 An hour or so later, with make-up done (us not him), appropriate clothing chosen from the selection we brought with us, we were shown into the filming studio. WOW. If we thought the green room was large then the studio was massive. Panic attack kicked in as we scoped out the warehouse sized studio with its dark corners and large shipping crates and boxes everywhere…this was indeed the perfect playground (or hiding place) for a small feline. We were worried but the amazing crew reassured us that it would be fine and they offered to spread out around the actual set, forming a human line, to ensure that if he did run off they would either stop him or send him back in our direction.

All started off positively, TomKatsu was still nervous but also a little inquisitive. He sat patiently on Elldrew’s lap whilst we introduced him to the range of cat products. We showed him a 3ft high cardboard pet castle which he loved jumping into and burrowing around it’s three levels – after all, in the vast studio it was a nice small secure space; perfect for a little kitty. He played with some catnip toys and we all had a good giggle at the catnip Christmas stocking pack that contained a catnip Christmas tree, a catnip candy cane and a catnip banana (banana? Yes, don’t ask, we couldn’t work out the association either).

Several times we took him out of the castle and showed him some of the other products we were reviewing, alas the diva that he is, he wasn’t too interested and promptly jumped back into ‘his’ castle. We took him out again and tried to get his attention with a laser pointer. TomKatsu jumped back into the castle. We lifted the castle off him and showed him an amazing turntable scratch mat. TomKatsu ran back into the castle. We moved the castle away altogether and tried to get his interest in his favourite toy at home, catnip bubbles, but this time he looked around and sprinted off to a dark corner of the studio…the staff sprang into action, as if playing a game of tag, with Ell racing after him, almost rugby tackling a crew member, catching TomKatsu before he dived behind a stack of boxes.

It was around that point we realised TomKatsu was possibly never going to be a film star. Whilst Drew may have had a certain panache in front of the camera, Ell wasn’t doing a whole lot better than TomKatsu, having failed to grasp the simplest task of looking at the cameraman and not the camera. We persevered for another hour by which point the crew said they were happy with the footage and we would call it a day as TomKatsu was showing signs of needing a nap.

We had a fun day out, loved the experience and loved showing off the video to our family and friends. We will stick to our day jobs and leave TomKatsu to laze around the house all day (or hide out in the cardboard castle which we ultimately got for his Christmas present). The Amazon crew managed to wave their magic wand and pull together our best bits in the review video. Whilst over 41,000 Facebook views wont bring us internet fame we can at least say we gave it a try. For you viewing pleausure, here’s the full video featuring some other pets including Instagram French bulldog sensation @judethefrench, so we were in good company at least.

Putting’ On The Ritz: Restaurant review