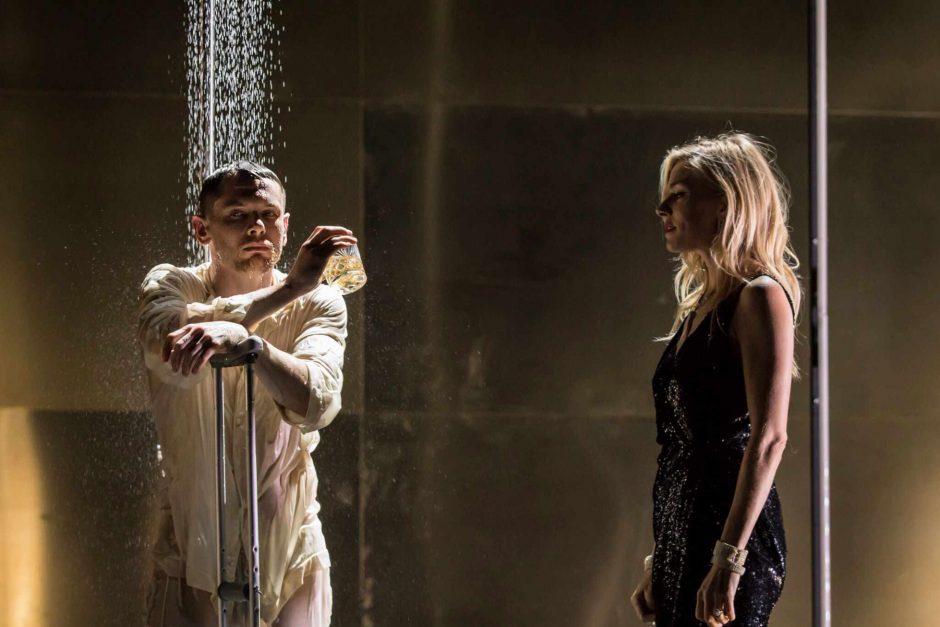 Embracing some culture in 2017, Elldrew scored tickets to watch the latest adaptation of Tennessee Williams 1955 play Cat on a Hot Tin Roof, at the Apollo Theatre starring Sienna Miller and Jack O’Connell.

The play revolves around a Southern Mississippi family in crisis, as they celebrate the birthday of patriarch Big Daddy Pollitt, a wealthy cotton tycoon. It’s a complex storyline taking on a rollercoaster of issues that touches on death, sexual desire, greed and deceit, and how each of these affect members of the family over the course of one night.

Having seen the 1958 adapted movie starring Elizabeth Taylor and Paul Newman, which focused on Big Daddy’s imminent demise and how both wives of his two sons scheme against each other to ensure their respective husbands receive the inheritance, Drew didn’t realise the original play’s main focus was in fact centered around youngest son Brick’s struggle with alcohol and his inability to talk about the sexual desire from longtime school friend, and recently deceased, Skipper (the movie toned down the play’s critique of homophobia and sexism and even though it was nominated for several Academy Awards, it was still deemed too controversial for Academy voters, so picked up none). 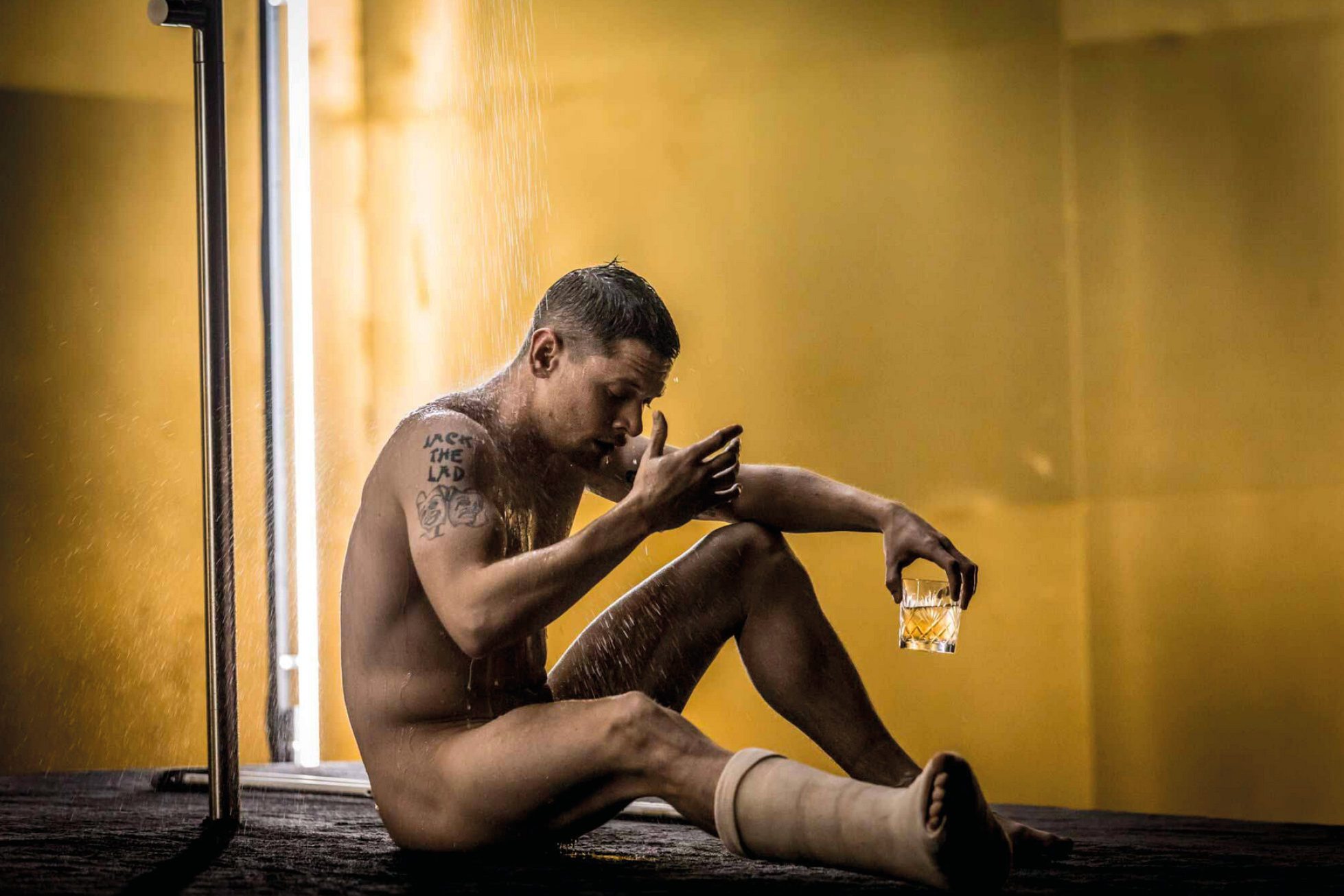 A heavy dialogue play running for over 180 mins, we thoroughly enjoyed Cat on a Hot Tin Roof, the simplicity of the set allowed the audience to just concentrate on the intricate storyline. The opening full frontal nudity scene with Brick (O’Connell) in the shower as his wife Maggie (Miller) verbally vents works perfectly for the 2017 adapt, and with mixed reviews for all the characters, we had to admit Miller was outstanding throughout – in fact she pretty much owns the first half of the play – with other outstanding performances by Colm Meaney, who plays Big Daddy, and Hayley Squires as sister-in-law Mae. O’Connell’s performance is intense and well suited to the dramatics of the play and darker side of his character, and he’s naturally easy on the eye, however his grasp of the Southern accent not so much (we even heard an American couple in front of us praising Millers Southern tongue, however O’Connell sounded Irish and at times off-putting). The dramatic end of the first half left us wanting more…the lengthy second half left us with numb bottoms but drained, in a good way…we were discussing how on earth the actors could do a matinée and evening performance, based on the intensity that unfolded before our very eyes (along with the fact that the stage carpet was, well, left in the most unsightly mess that we wondered if they cleaned or replaced it between performances!). 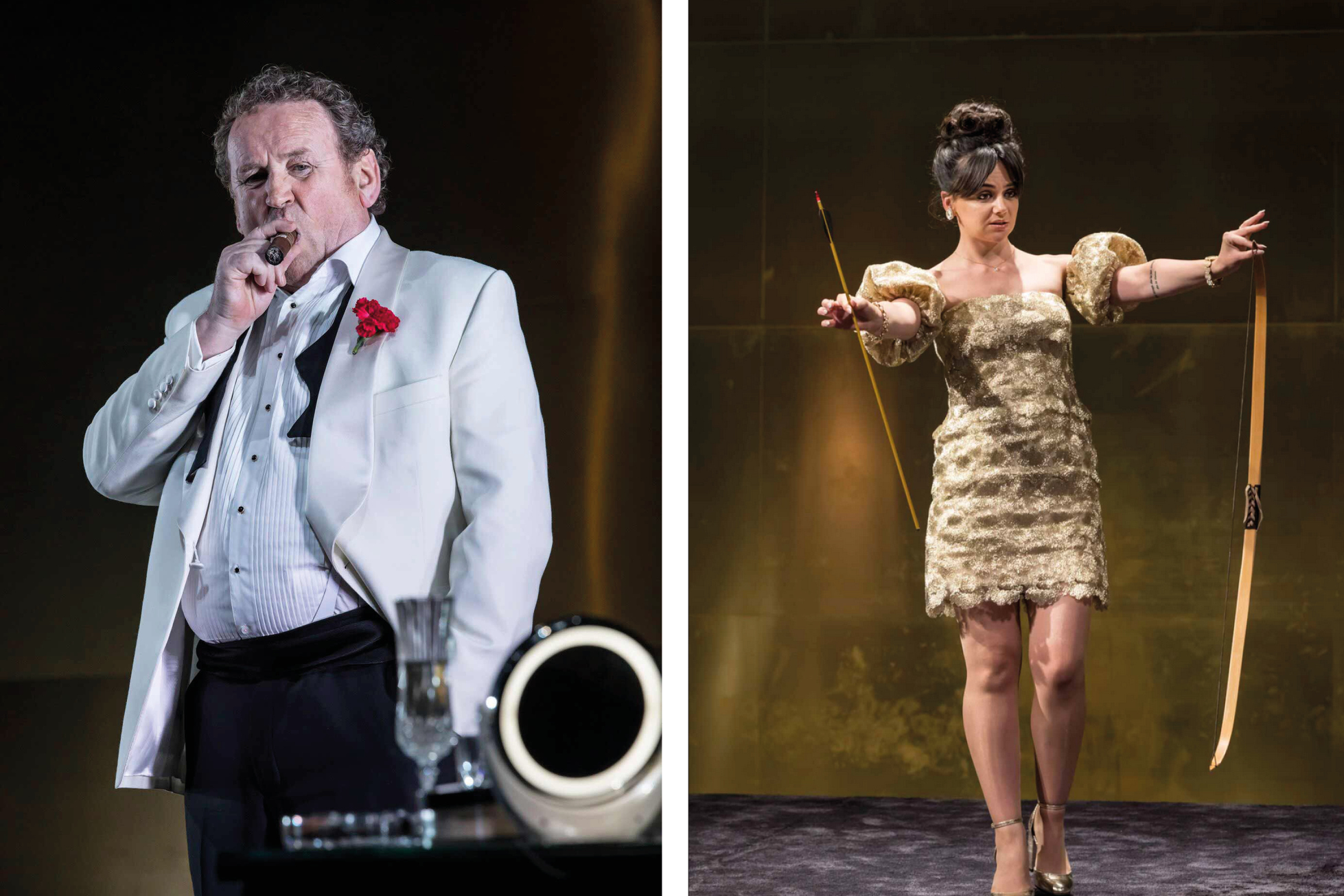 Our main criticism would be around moving the play to the modern day; the use of current technology (iphones, music controlled via ipad etc) felt forced but, more importantly, the gay agenda and attitudes depicted just didn’t seem to belong in 2017. Elldrew don’t doubt that there remains plenty of homophobia throughout the world, but the way it was referenced and the language used in the play just didn’t seem “current” and, at times, shattered the theatrical illusion. We think that the director should have kept the original 1950’s setting and in doing so the main themes would have been far more powerful and, indeed, even led the viewer to an interesting debate on current values in this era of Donald Trump and the imminent Australian plebiscite.

That said, we thoroughly enjoyed it and recommend highly (if you can get tickets for what’s left of the short run).