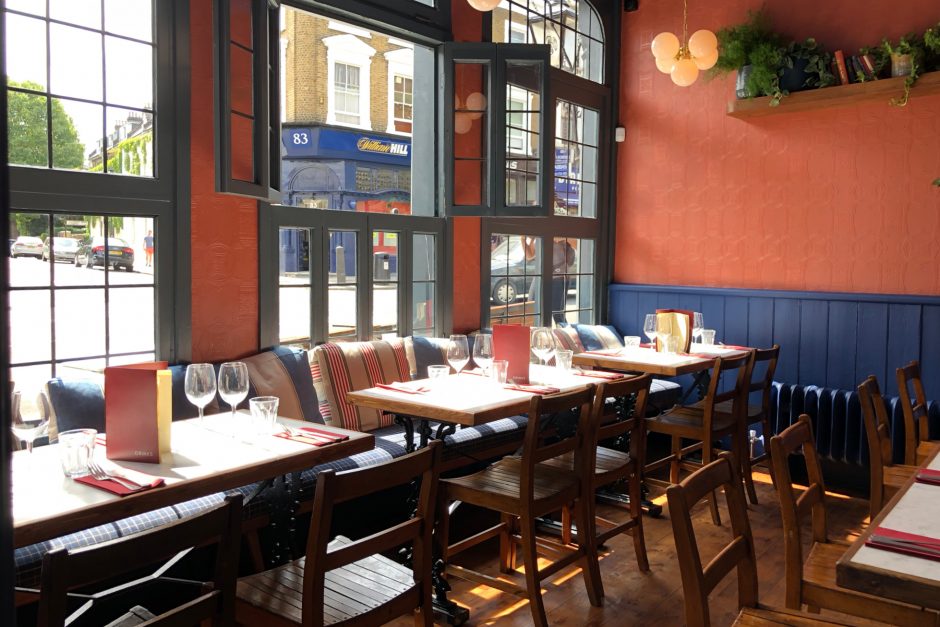 The Hill, The Load of Hay, and now The Belrose – Elldrew’s most local of locals has been through many incarnations in the past few years, so this weekend we got to visit the latest, as part of its soft opening. Pitched as “a neighbourhood pub with a difference, serving seasonal Italian inspired fare” we had our fingers crossed that The Belrose would be an improvement on The Load of Hay, which we liked when it opened but it just didn’t get it right and closed rather quickly, leaving a gaping hole on the high street.

We visited The Belrose on a sunny Saturday afternoon; hoping to eat in their south facing garden to enjoy the weather, so we were initially disappointed that food wasn’t available outside, but after chatting to the manager we were reassured that this was just a teething problem whilst they sorted out service (they do have a dedicated bar though which is a great addition vs navigating the steep stairs to the main bar). Arriving around 14.30 without a reservation we were thrilled to see the place busy, although the soft launch discount may have helped towards its popularity.

The venue has been completely redecorated and looks far more welcoming; it feels modern, open, airy and comfortable – it’s definitely kept it’s pub heritage and we get the ode to an Italian vibe, but there are also hints of Tex-Mex in the decor which seem a little out of place. The new menu is not too big and sensibly priced (not sure if the dinner menu differs) and whilst they made a big deal about their new clay fired oven, with the exception of Pizza, we weren’t sure what else came out of it. The Tex-Mex theme is supported by a couple of dishes like chicken wings, burger and sweet potato fries, which is a little random. 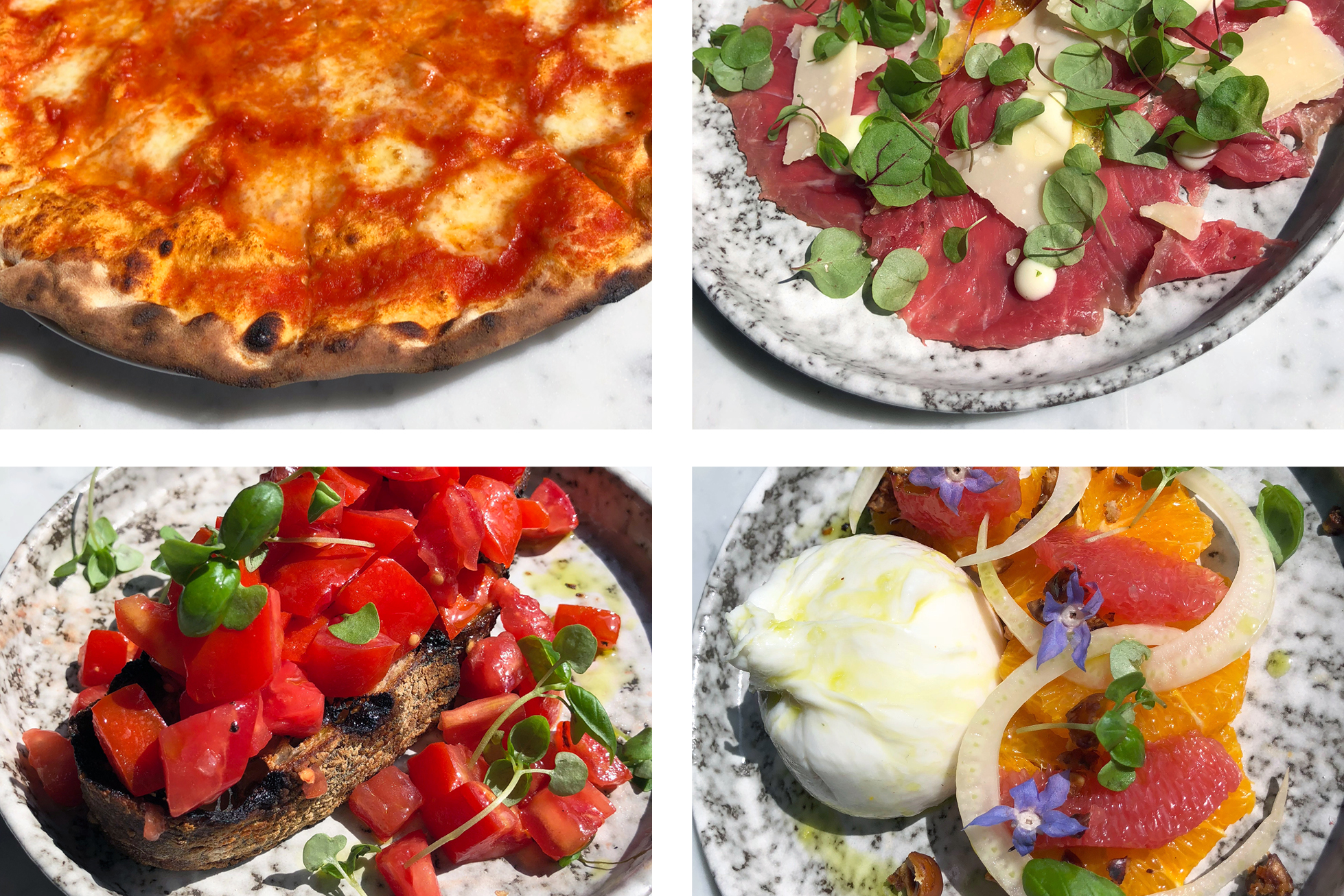 Being a late lunch we decided to share a selection of ‘lighter’ nibbles, starting with a fantastic margherita pizza with a base that was perfectly thin that had that smoky charcoal flavour only achievable by a clay oven. We also ordered a bruschetta; a simple classic covered in jewel-like tomatoes although, if anything, we’d complain that the bread was way too thick (but the bread was yummy with some charred edges). Moving away from “dough” themed products we also shared an exquisite burrata that came with blood orange, pink grapefruit, fennel and candied hazelnuts – a divine combination even for Drew who typically eschews any savoury dish with orange in it. We finished off with a beef carpaccio, perfect portion and texture, although slightly under seasoned.

Dessert was a salted caramel cheesecake; gloriously served layered in a jar, Drew’s favourite as it was light and not too sweet, whilst Ell preferred the Nutella calzone – although the dough needed to be a smidgen thinner to really let the dish sing. 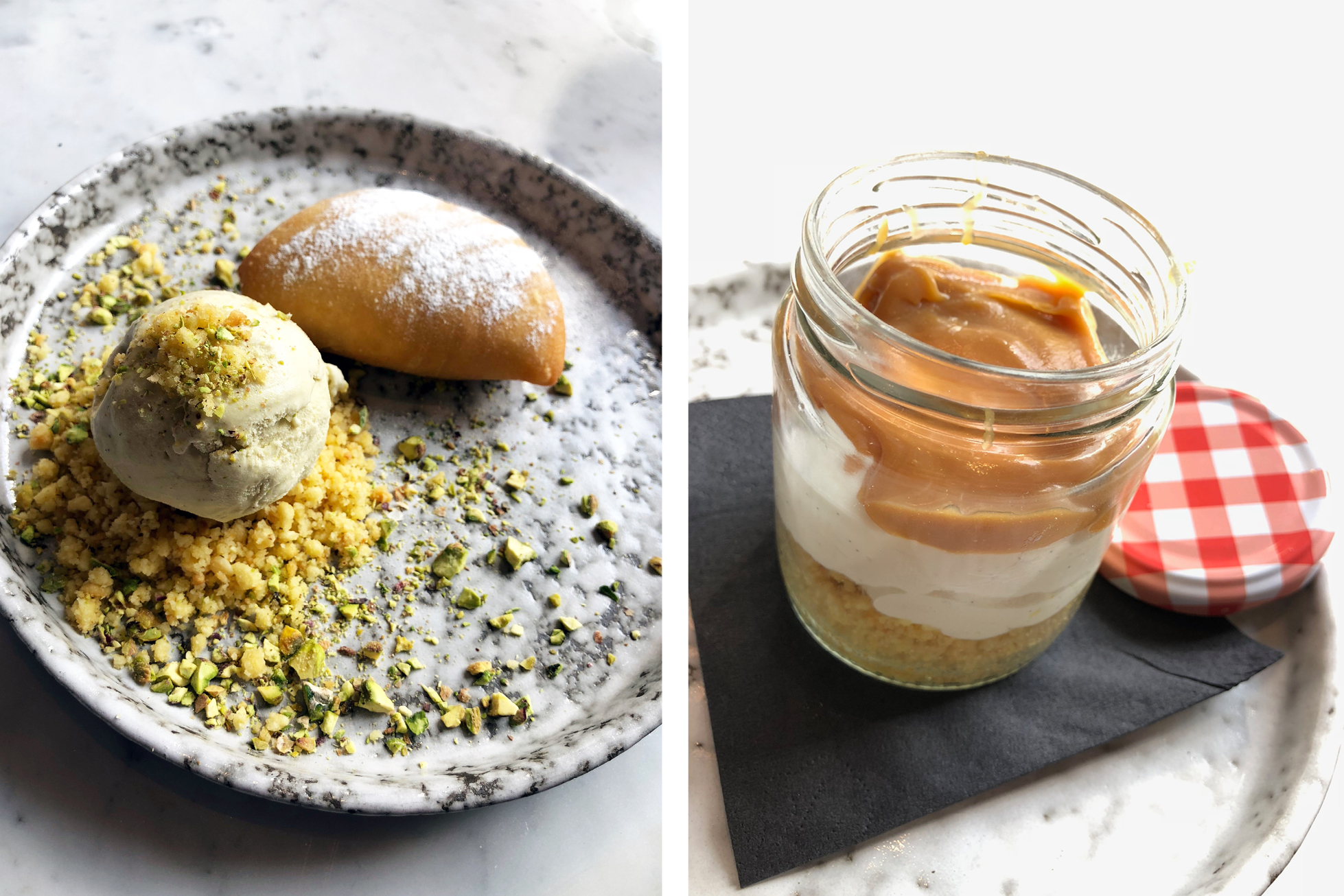 We washed it all down with a Prosecco Frizzante; perfect for a hot summer’s day before seeing a vacant table outside where we enjoyed a digestif with a bowl of their home-made crisps (piggish yes, but we had to try as much as we could for research purposes!).

So; the Elldrew verdict…well we really liked it. The staff were awesome, friendly and welcoming whilst not being too overpowering; the price point seems spot on for a local casual dining bar and restaurant, and although the food was good, we’re not sure it was great. Sure, there were standout dishes (burrata, pizza) so as it was only Week One, and it’s a local pub not a gastro experience, we think it has huge potential. We would however like to see The Belrose embrace a culinary theme; if it’s Tex-Mex gastropub then that’s great (and we promise we’ll try the burger and chargrilled cauliflower next time as they both looked awesome) but if you’re pitching Italian then do that, make the clay oven the star and clear out the other pub favourites. Whatever you do; do it well and keep up the smile – we want a nice local watering hole, so we’re rooting for you and we’ll be banging your drum with the neighbours!