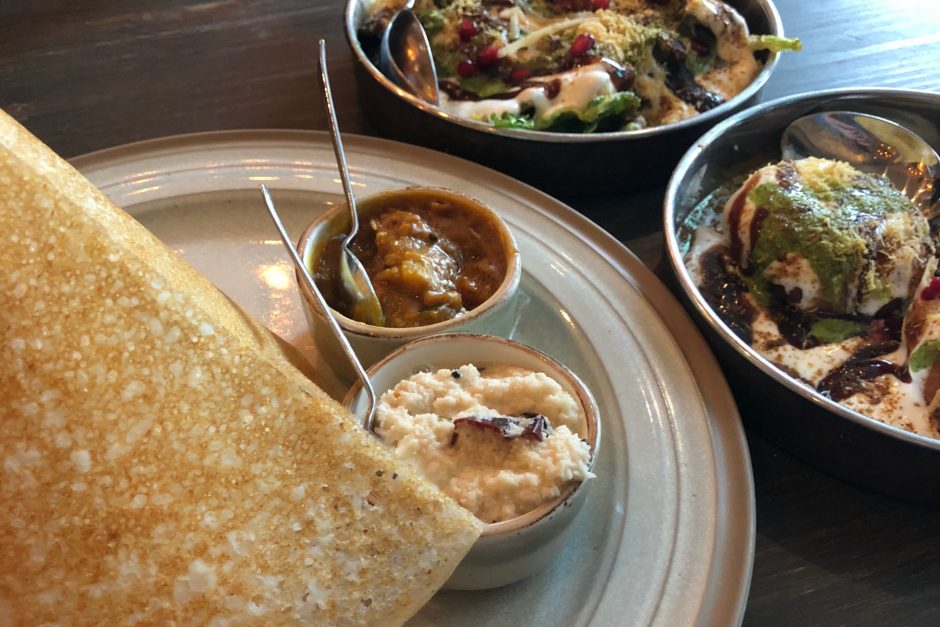 Continuing our recent ‘small dishes’ dining trend (influenced by the culinary world of course), next up was Indian tapas, Lokhandwala, in Fitzrovia. A small restaurant, we loved the décor, even with a juxtaposition of baroque styling against an Indian menu. It made sense once we had learnt of Lady Charlotte Louisa Fitzrovia and how she rocked Victorian British aristocracy, by eloping with a street boss from Mumbai’s then notorious Lokhandwala district. A tad surreal but it was the perfect setting for what we hoped would be a scandalous meal.

Dining with a friend, we were advised to order two tapas dishes per person, along with some sides and bread. Choosing a mix of meat, seafood and vegetable dishes, we enjoyed most dishes, but nothing ‘wowed’ us. Amongst the less memorable Lokhandwala dishes were the Tikki (green peas croquettes) and sweet corn kebab (more fritter than kebab). The stars of the show were the wonderfully light and crispy Dosa cone (even if the serving of Masala potatoes was on the tiny side), the marinated tandoori lamb chops, and the Kasundi mustard and honey jumbo prawns. The cinnamon roti was a bit bland but was saved by the garlic naan. 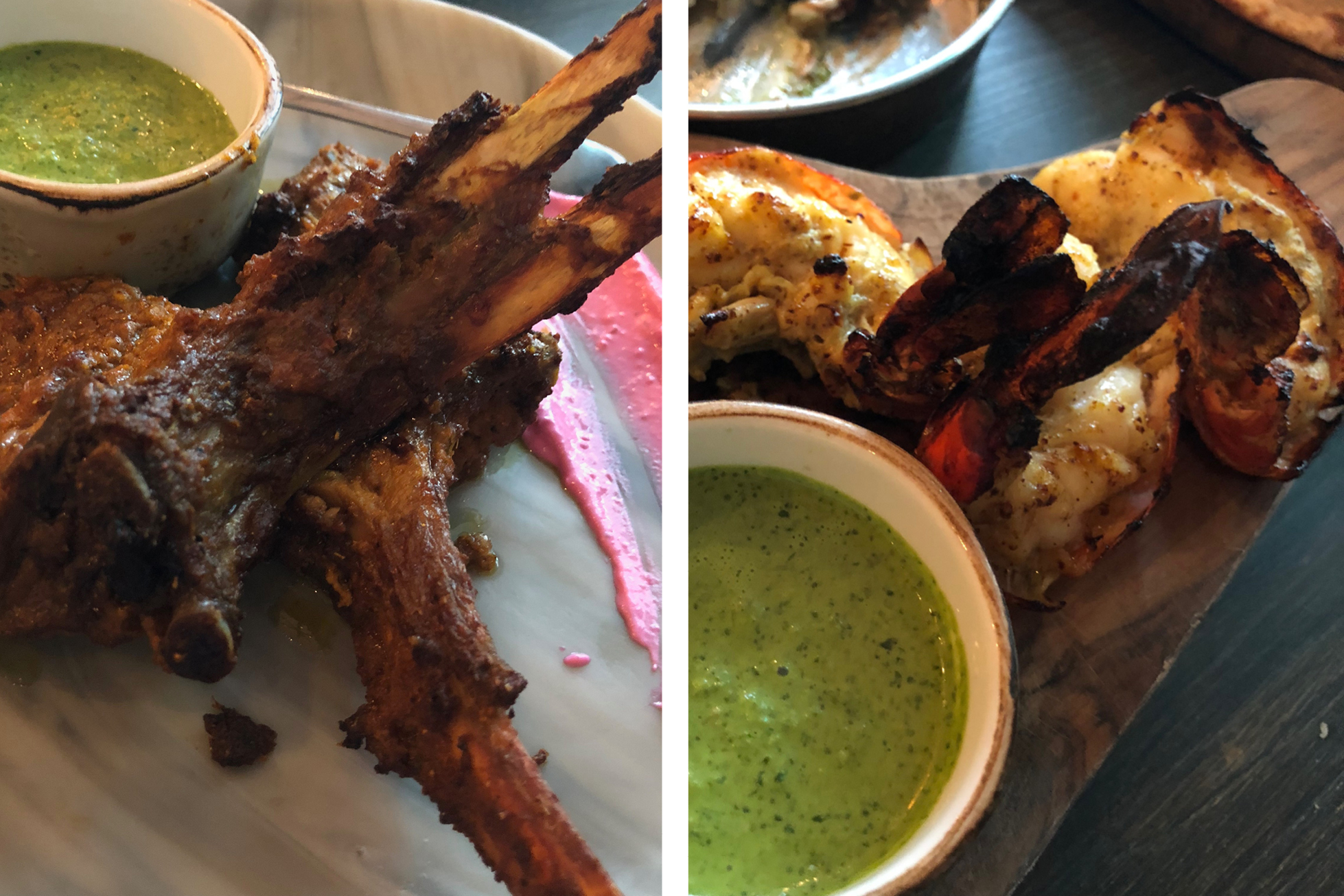 It’s probably right to point out a few Lokhandwala negatives, that hopefully the restaurant, if they read this, can take constructively: it was so hot that we were all fanning ourselves with the menu (thankfully a staff member opened the door to cool the place down, but the resulting breeze cooled our food down too fast); the service was slow and they were possibly understaffed; it was so noisy (we struggled to hold a conversation which was odd considering how ornate the walls were); and finally, the room scent was too overpowering (we felt we were eating the incense and not able to taste the dishes flavour).

On a final note, two tapas dishes per person weren’t quite enough; we would have been better if Lokhandwala guided us to have a couple less smaller dishes and replace them with their main course sized curries and rice. Alas it needed to be a lot more scandalous to get us to book again, but good to know if we are ever stuck for a restaurant in the area.