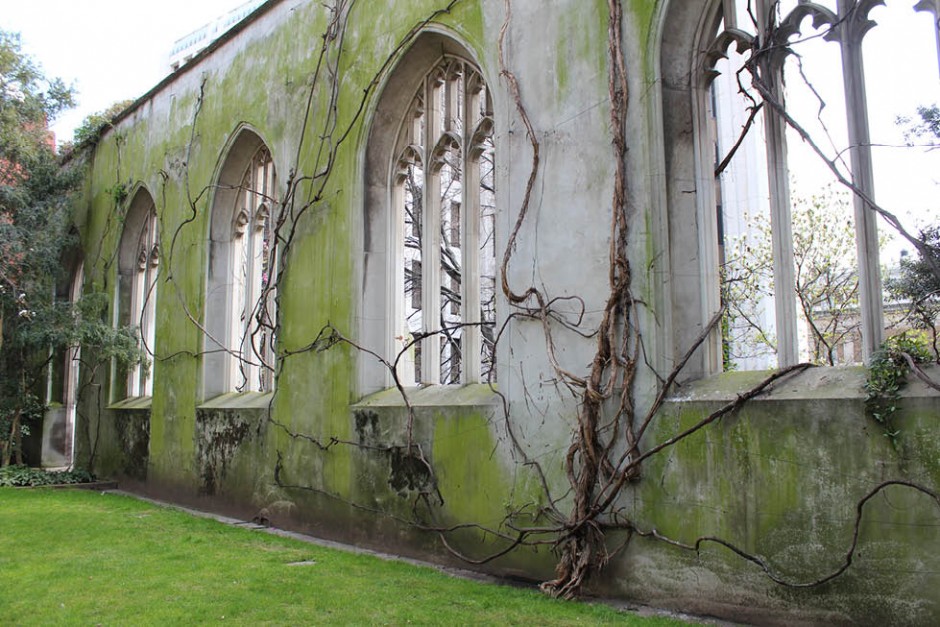 Without a doubt London is an amazing city. You can live here for years and unexpectedly take a wrong turn and find something new; such history covering such a small metropolis footprint. And there is nothing better than finding a garden oasis in the heart of The City.

St Dunstan-in-the-East, a former parish church on St Dunstan’s Hill, between London Bridge and the Tower of London, originally dates back to 1100. It first fell to hardship when it was severely damaged in the Great Fire of London in 1666, and it wasn’t until 1817 that the patched up church began to show her age, that it was finally pulled down and rebuilt. The church re-opening for worship in 1821.

It’s second and final downfall came during heavy bombing in the Second World War. With only the main tower and steeple, along with the north and south outer walls that remained standing, it was decided the church would not be rebuilt for the second time and in 1967 the City of London Corporation turned the ruins into a garden, opening to the public in 1971.

We managed to grab a few winter snaps but we are sure it’s even more spectacular when the gardens come to life. We’re hoping to get a chance to visit her again, to marvel at this hidden gem, when she is in full bloom. 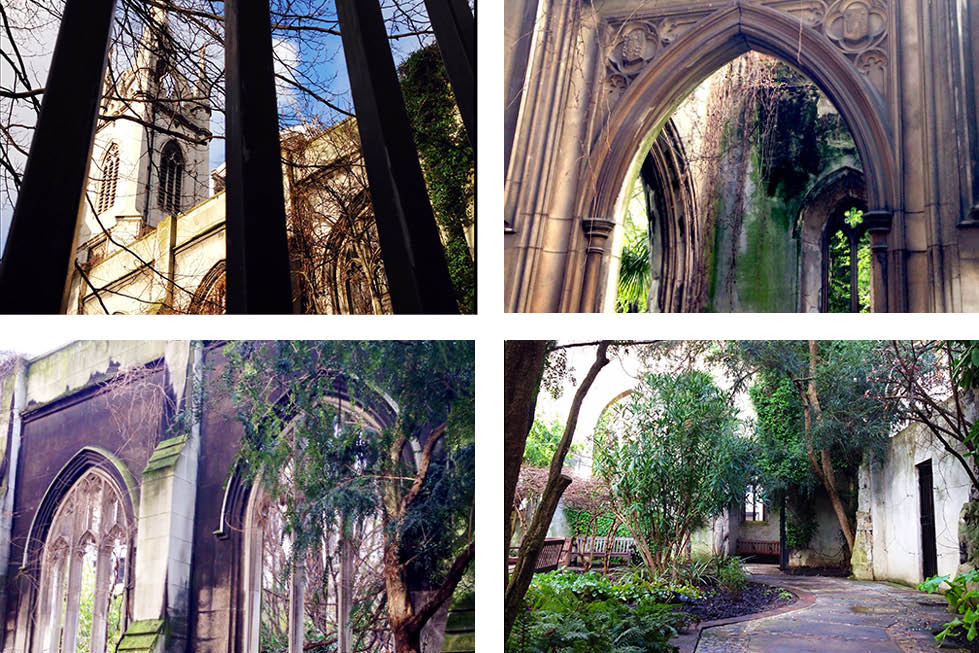 ‘The Angel’ in Heytesbury