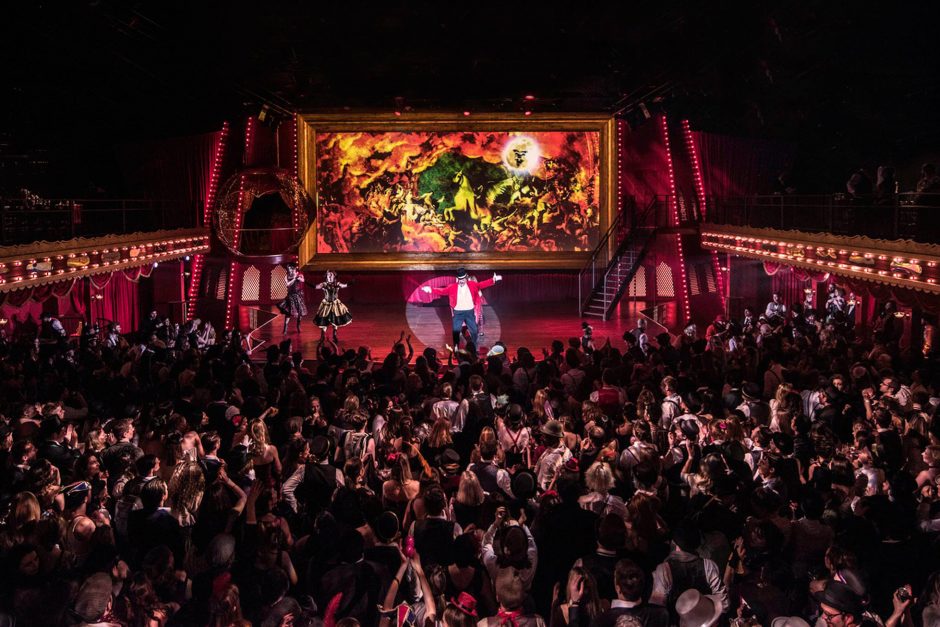 Elldrew have been on a bit of an immersive experience in the first half of 2017. We’ve eaten our way through the Chambers of Flavour , escaped a bank vault in under an hour and most recently attended Secret Cinema’s latest instalment: Moulin Rouge. We’re sworn to secrecy so can’t really tell you anything about what we did, saw, ate or experienced at any of these but as Moulin Rouge draws to a close (even after an extension due to popular demand) we thought we would share a tiny bit about our Secret Cinema experience.

Whilst we don’t want to give away it’s “secrets” we have to say that this has been the best immersive theatre experience we have ever attended. We went to ‘Drowning Man’, which we loved, we also enjoyed the theatrics and mastery of Secret Cinema’s rendition of ‘Brazil’ – even though we didn’t connect with the actual movie – but Moulin Rouge delivered an experience that allowed you, for 3+ hours, to be transported back to 1899 Montmartre, Paris…where anything goes and you were encouraged to just let go and enjoy the event.

We joined the #SocietyofLove as Aristocrats which provided, for a price, certain liberties like free drinks and snacks, access to a private bar, behind the scenes interaction with the characters as they acted out scenes from the movie…away from the topsy-turvy events that were playing out in the recreated streets of Montmartre for the ‘less fortunate’ What an amazing night! The sets, props and actors brought the story and event to life through song, dance and drink. Centre stage saw famous songs from the movie/soundtrack performed in a carnival atmosphere complete with food stalls. Soloist performed in a recreated cabaret bar just off the main strip, where they encouraged guests to be part of the act. 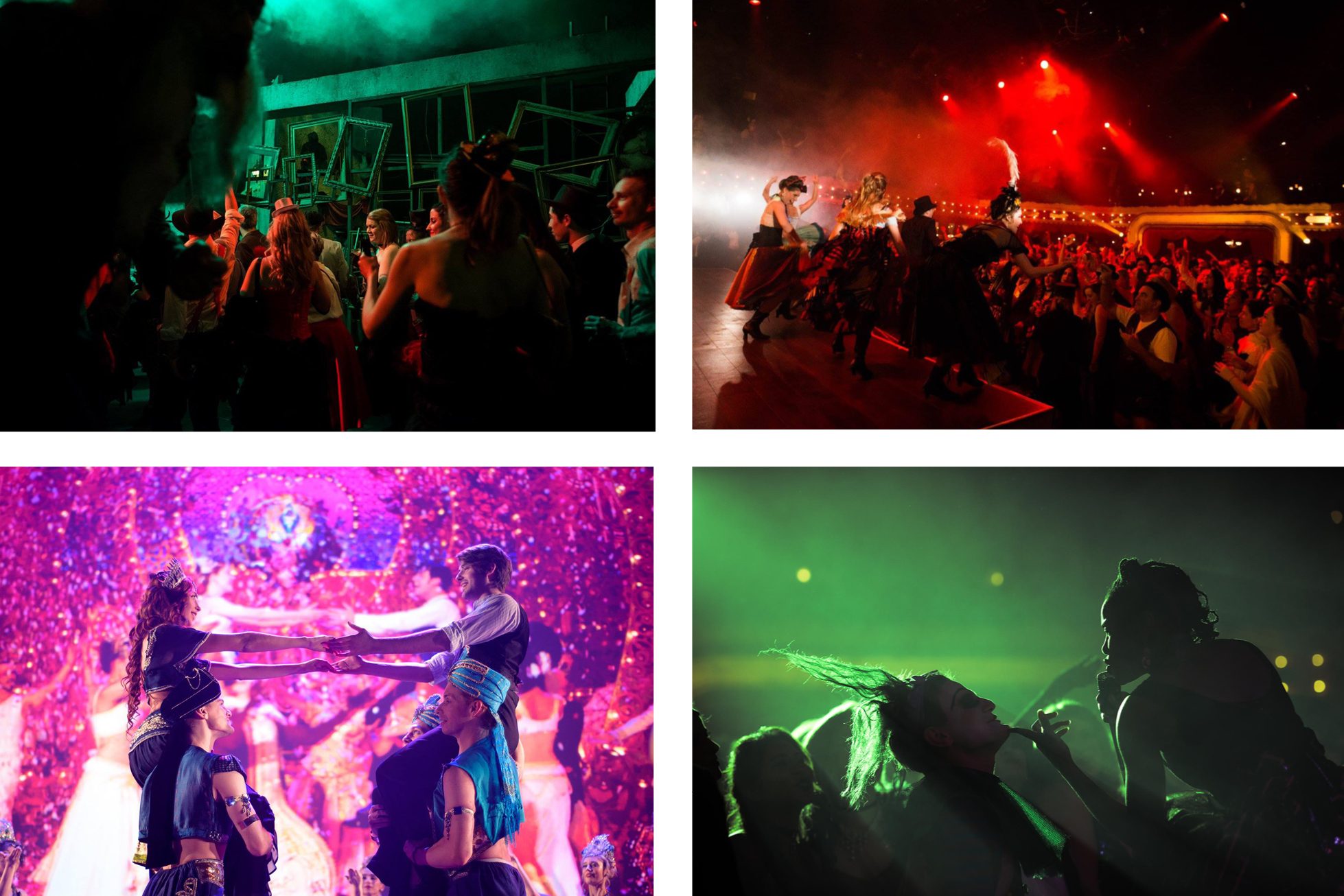 A secret theatre was later revealed to all ‘Parisians’ where the immersiveness crescendoed as we watched the Baz Luhrmannn Moulin Rouge movie on a massive screen, whilst actors recreated or mirrored the events taking place onscreen, throughout the venue. For those who managed tickets, or have seen the movie, the opening scene with Satine being lowered on a swing from the roof to a packed room of people watching her make an amazing entrance…one word: breathtaking.

Also as Aristocrats we were lucky enough to have balcony seats with table service, the view was outstanding as we embarked on the journey of love between the young penniless writer, Christian, and the stunning courtesan, Satine. We were literally a part of the movie. We were left wanting more as the credits rolled…but there was also a sombreness to the dwindling crowd as they pilled out of the theatre, which provided a testament of the journey we had been taken on by the masters that are Secret Cinema…energised from the word go, left wanting more, full of emotion with no one escaping the storyline and it’s outcome – a testament that love truly can live on forever.

A massive thanks to all the staff (front and back of house) who made this event truly outstanding. How ever will Secret Cinema top this one? 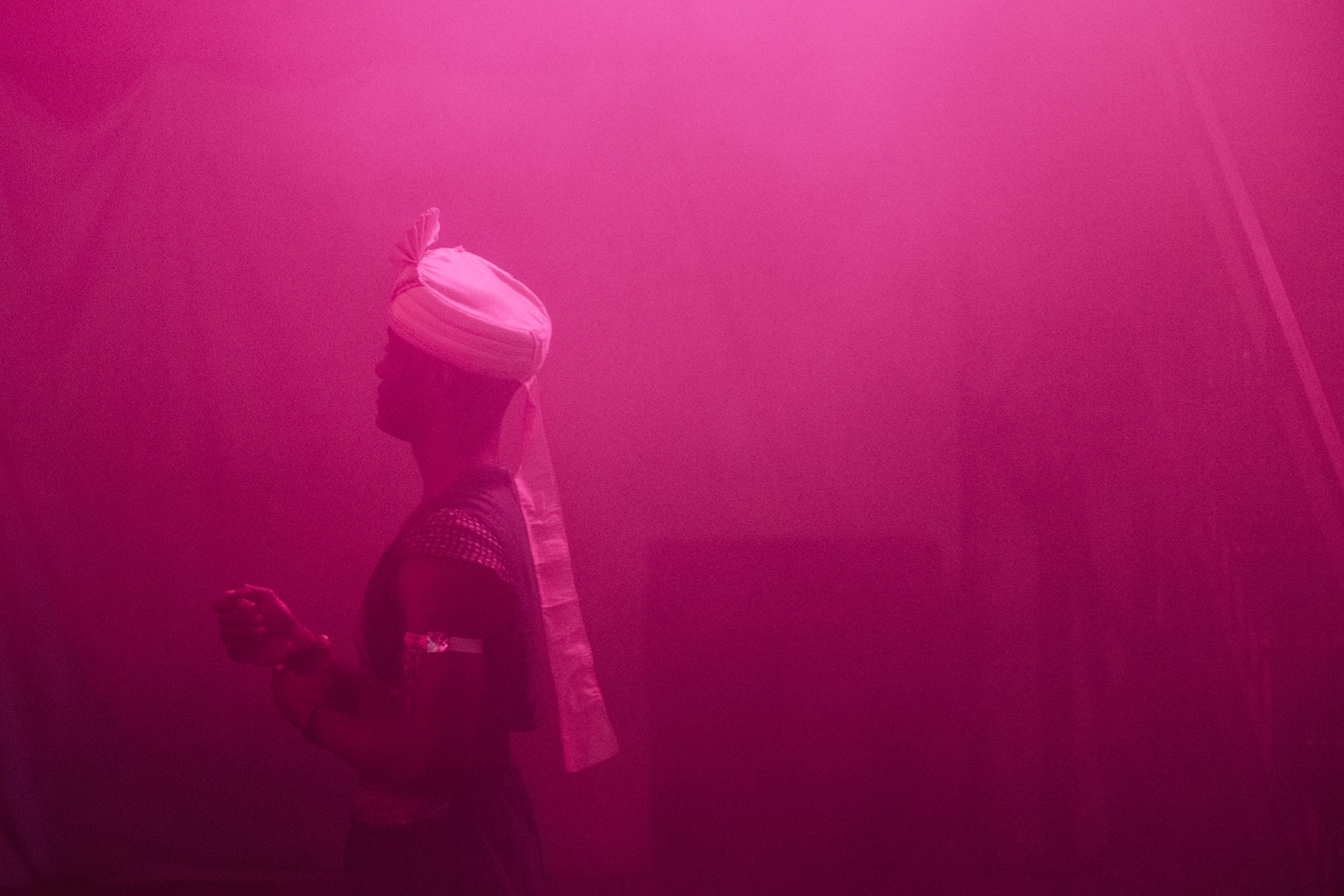 As cameras were not allowed, images have been taken from Secret Cinema’s promotional pages to enhance this blog.