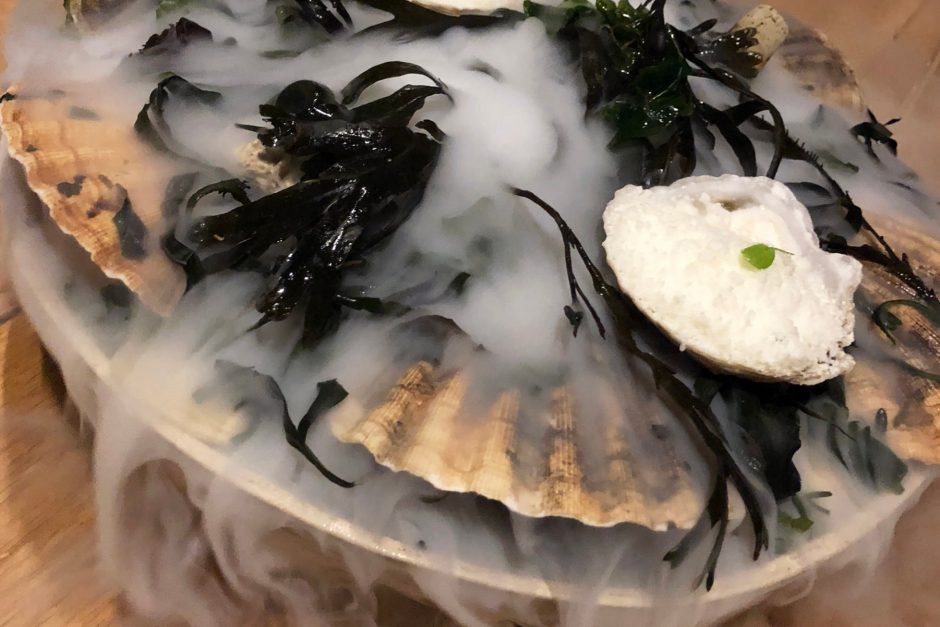 When it comes to settling in to a good story you want to make sure your efforts are rewarded as you invest in the tale due to unfold. Whether it’s intrigue, fantasy or even something outside your comfort zone, add in a gastronomic journey to ignite the tastes and senses and you’re onto a winning story. Michelin starred Restaurant Story has been wowing critics since it opened in 2013, a concept by chef Tom Sellers who sought to bring his childhood stories to life through inspiring dishes using British ingredients, he creates an ever-evolving seasonal menu to delight his patrons.

With a recommended sitting of 3.5 hours for a table of two (4 hours+ for larger groups), around 15 courses with a ‘special occasion’ price tag to boot, Elldrew used an anniversary excuse to head to Restaurant Story for the evening and what a fantastic experience it was, most definitely money well spent!

It’s a little oddly located; at a fork in the road at the end of London Bridge, virtually under the Tower Bridge carriageway. It’s a surprisingly small venue; around 30 covers but with tables perfectly spaced for privacy. It’s a relaxed modern interior and atmosphere (they were about to refurbish the entire restaurant so we wont comment on interiors) but what struck us was this was sort of fine dining in a casual yet elegant atmosphere; no stuffiness or over dressed guests, no suits and ties, you are encouraged to relax and just enjoy the ‘storytelling’. 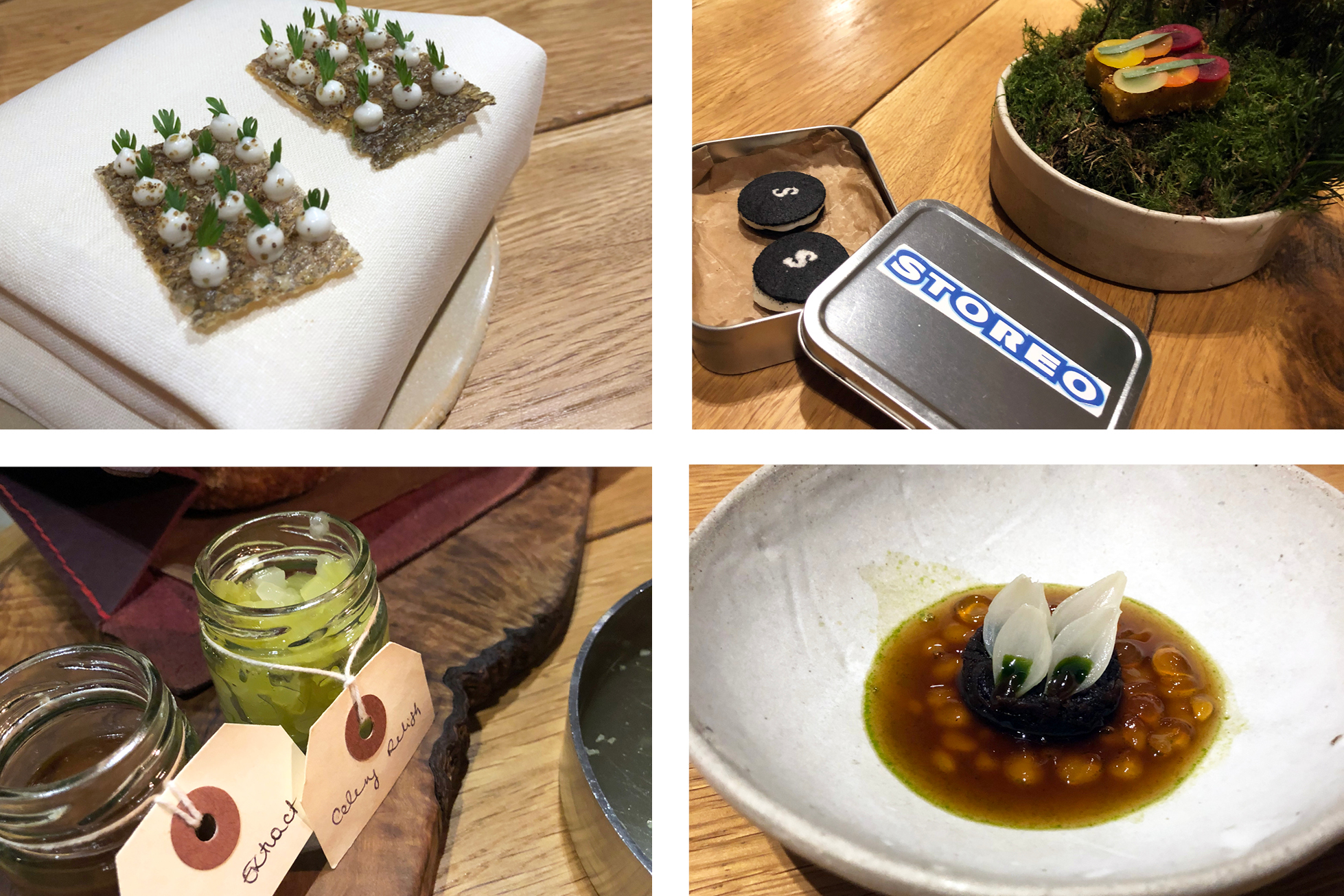 Our menu was sort of expectedly presented inside a book, providing a hint of the meal ahead. The ‘forward’ simply said snacks, whilst 5 chapters intrigued with ‘childhood’, ‘garden’, ‘sea’, ‘land’ and ‘the end’. We don’t want to spoil the experience but each dish was visually spectacular, accompanied by a story of its inception or how it related to Tom’s childhood. Full of flavour, we opened ourselves up to trying new things that made us realise that sometimes things written on paper, that we turn our noses up to, can surprise and delight the taste buds (and surpass the fear levels).

Some of the outstanding dishes included ‘Paddington Bear’, a cardamom scented pain perdu with clementine marmalade and shaved foie gras, the ‘snail ravioli’, the surprising Oreo influenced ‘Storeo’ savoury snack made with smoked eel mousse, squid ink biscuits and vinegar powder, and the ‘scallops in elderflower vinegar’ with dill and cucumber. The rabbit was divine, as was the chicken and pretty much all three desserts. (And, yes, Elldrew surprised themselves by enjoying snail, rabbit, eel and even oysters!) 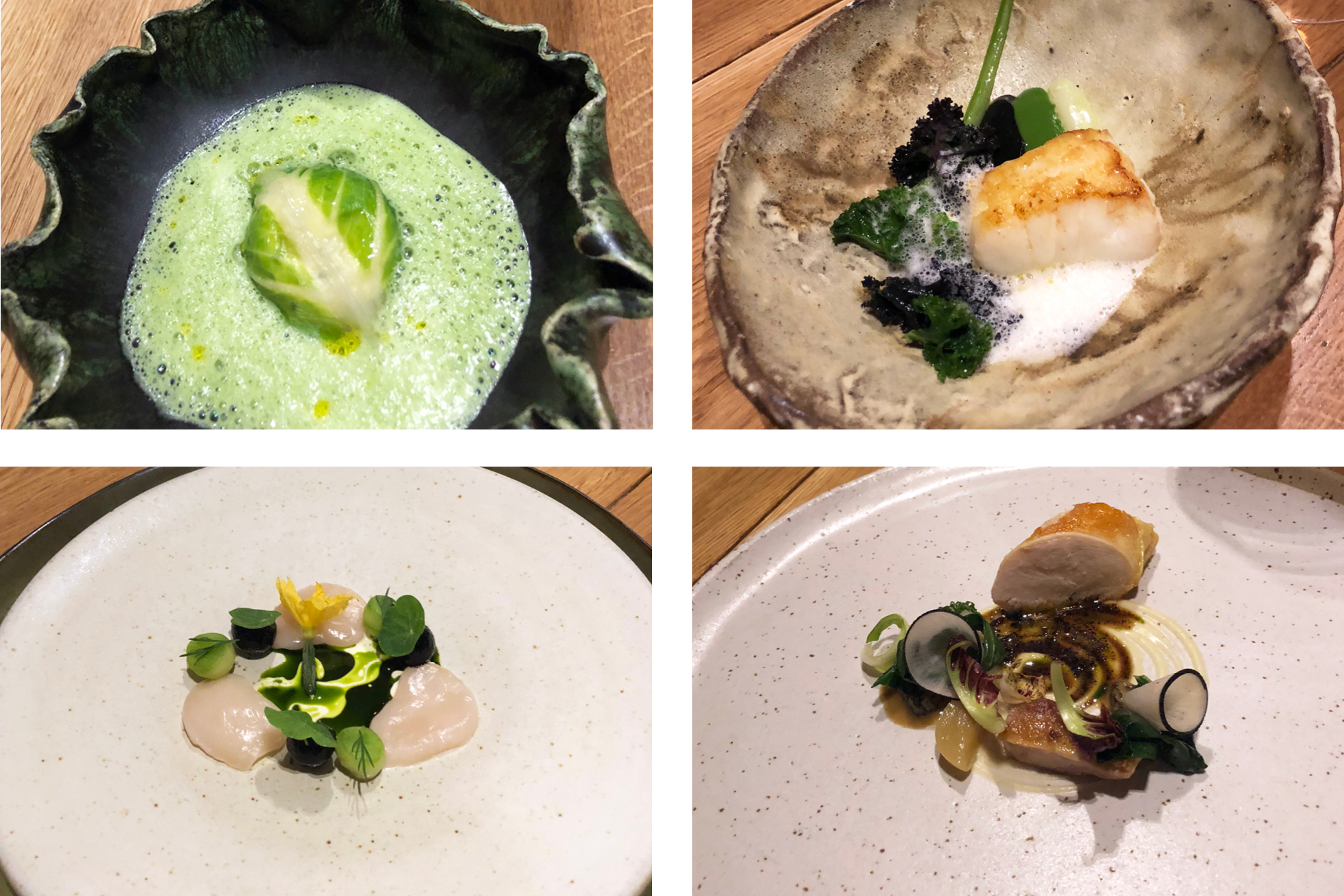 We also went with the pairing drinks, which we loved and were a playful change from traditional pairing “wines”. At Restaurant Story the pairing drinks range from English sparkling wine, to cocktails (we kid you not, there was even a Snail Martini), to ciders, meads, wine, cognac…what a treat. And, yes, whilst there were 15 alcoholic drinks to go with the 15 courses, the measures were just enough to leave you squiffy but sober enough, even at the very end, to appreciate how the chosen drink perfectly balanced the dish it accompanied. Head Sommelier, Alessia, knows her stuff and happily introduces you to each beverage, providing some background and why she chose it to accompany the dish. We love that Restaurant Story not only supports local independent micro-breweries, but that a lot of the drinks from around the world are chosen based on the artisans that make them… putting passion and care into their products just like Restaurant Story does with every single dish. 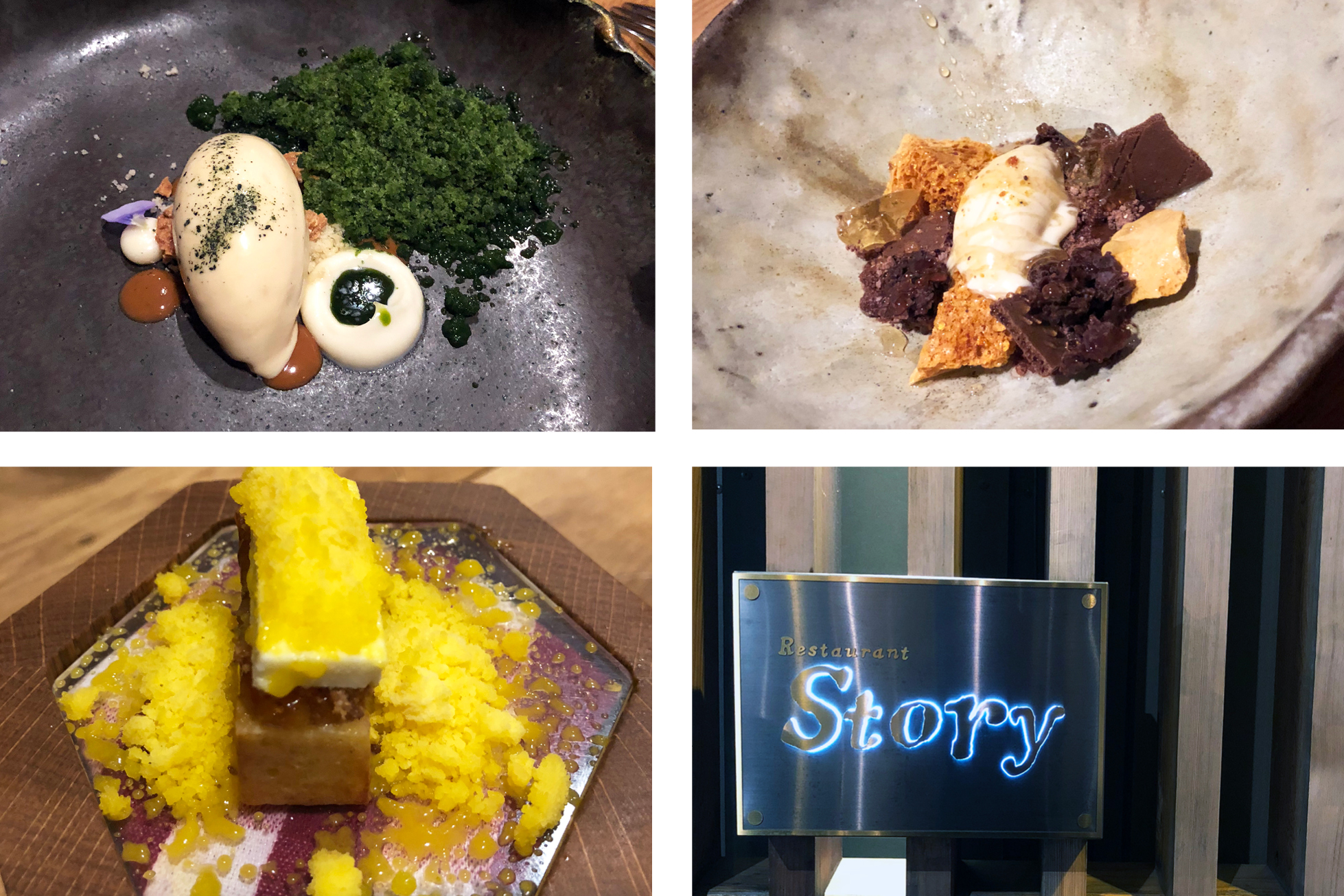 In summary a great evening and the perfect way to celebrate our own anniversary story. If we wished for one thing, it would be for Restaurant Story to provide each guest with a takeaway list of the food and drinks experienced on the night, just so we could remember everything…there was so much to take in that it would have been the perfect keepsake.

Spring Restaurant, Whatever the Season