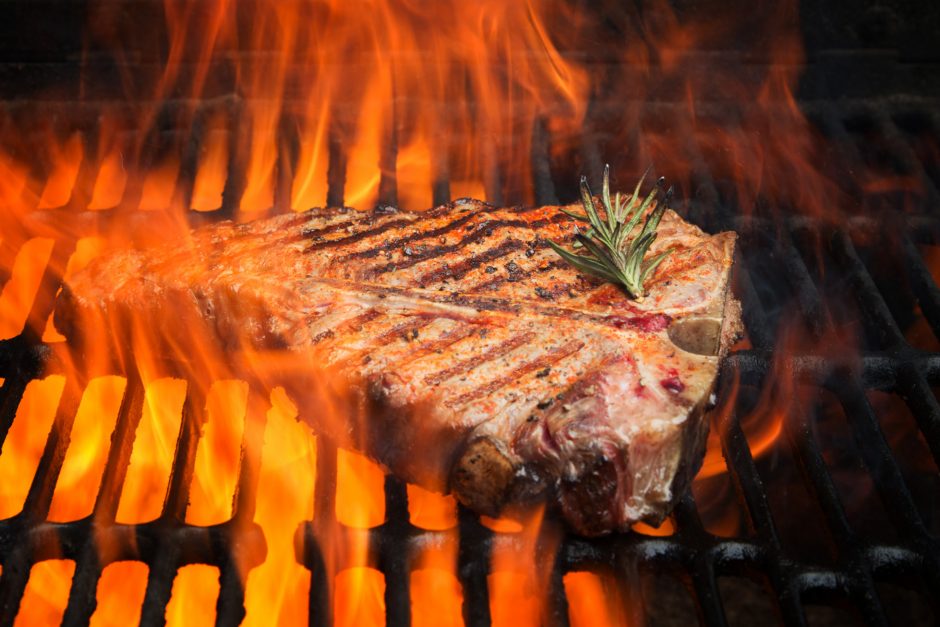 En route for our pre-COVID holiday to Blue Waters Resort in Antigua we made a fleeting pitstop in Miami, staying at the National Hotel, one of Miami’s original Art Deco icons on South Beach. We naturally did pre-holiday research for places to dine and restaurant Prime 112 (Prime One Twelve) consistently came up as another icon and a must go-to restaurant. Having hosted everyone from Oprah to Obama, Prime 112 has been a stalwart of the Miami scene since 2004, so we made this top of our list and called well in advance to secure a table for our first night.

Before we go any further we need to let you know that this blog is more of a rant than a review, but we felt it needed to be said. We don’t go into detail about the food, it’s about what one can expect when heading to Prime 112, so we totally understand if you want to stop reading from here…

…Dressed in our glad rags we headed to Prime 112 just before our 7.30pm reservation. We checked in at a rather busy reception where we were told they were running a little late and to grab a drink at the bar, they would find us. At the very crowded bar we managed to squeeze ourselves in between two diners (thank god we weren’t eating at the bar we thought) to order a couple of their famous martinis. Drinks in hand, we found a spot against the wall, near the reception, to sip our martinis and do a spot of people watching. The martinis were good…probably a little too good for both of us who’d landed from the UK less than 24hrs earlier and were battling jet lag, but that was okay, we knew we’d be feasting on the finest steak very shortly and that would keep us going.

8.00pm came and went. We were still at our spot against the wall with the crowd around reception growing. Ell went over to check on our table…it was almost ready we were assured. Heading back to the wall an elegant South Beach doyenne, dressed head to toe in Chanel, approached us after hearing our accents, she wanted our British views on all things Meghan and Harry. We asked her had she been to Prime 112 before and she replied “…we love it here but they do like to make sure you’re drunk before they seat you!”, which we reciprocated with telling her we had been waiting for nearly an hour for our table.

At 8.30pm Ell went back to the reception but cowered when the man in charge stormed off following an altercation with a particularly feisty and unhappy diner (we use the term “diner” loosely given they were unhappy because they still had no table). Ell returned to the wall to find Drew in deep conversation with what looked like the Golden Girls; “This is our favourite Miami restaurant” they said “but they won’t sit you down until you harass the reception desk or bribe the maitre d’”, so upon hearing this Ell plucked up the courage (second cocktail nearly consumed by this point) and returned to what was now an angry throng around the reception.

At 9.00pm, after virtually hanging onto the reception desk staring at the staff, leveraging his finest British accent, he eventually got someone’s attention who said our table was ready. We were shown to a small, insignificant table, against a wall, but by now we were too tired to care.

Our waiter came with menus; he was fine, if by fine you know he’s going through all the polite motions to get a tip, nodding when you complain about the wait, but he knows he’ll never see you again so doesn’t really care. After reviewing the menu, we ordered some wine and our food, all the time gorging on the bread rolls on the table for some energy.

Around 9.30pm (2.30am for our jet lagged brains), two hours after our reservation, our food arrived. We don’t entirely recall what we ate – there was a massive steak, there were particularly good white truffle chips, there was a ridiculously massive bowl of onion rings and a portion of asparagus so big that it dwarfed the massive onion rings. It was all very nice. Was it the best steak we’ve ever had? No. Do we understand why it’s been the best restaurant in Miami for over 15 years? Definitely not.

With tiredness and frustration from the offset we didn’t manage to eat half of our meal (the waiter didn’t even bother to ask if there were any issues with the food considering how much he was clearing). We didn’t really have room for dessert and the imaginary matchsticks propping our eyes open were at risk of collapsing, however we managed to nibble on the funfetti cake that our waiter brought over to wish Drew happy birthday, before we made a rapid exit past a still significant queue of people waiting for tables. Thankfully the bill came quickly!

To us, Prime 112 was a classic example of style over substance and genius PR. To reach the point of being seated at the table we’d reserved months in advance was chaotic at best and elitist at worst. Service was adequate and the food was no better than fine. Ironically, we have since noted that all those great reviews on Google are from ‘Local Guides’ (the same people who get paid to recommend places to their clients). Maybe it’s the difference between Miami and New York, but it couldn’t have been more opposite to our experience at the equally trendy (possibly even trendier) Tao Downtown in New York where everything made us feel special and valued.

If you go, take some snacks in your pockets, wear comfortable shoes and don’t drink too many of their strong cocktails before you make it to your table. Good luck!

Three other restaurants worth noting were:

Larios on the Beach, you can read our review here.

Naked Taco, which provided a great selection of Mexican food and cocktails (the Margaritas were delicious). Good quality food, good service with an upbeat vibe…it reminded us of a Mexican-themed Hard Rock Cafe. But expect to pay tourist prices, we had better value food elsewhere.

Hosteria Romana, located on Espanola Way – a quaint pedestrian-only thoroughfare lined with quirky shops, galleries and restaurants/cafes – we loved the traditional Italian menu at Hosteria Romana. Fantastic service, the food was authentic utilising fresh ingredients, with an extensive wine list and the perfect spot for al fresco dining to people watch and escape the heat at lunch. Highly recommended.