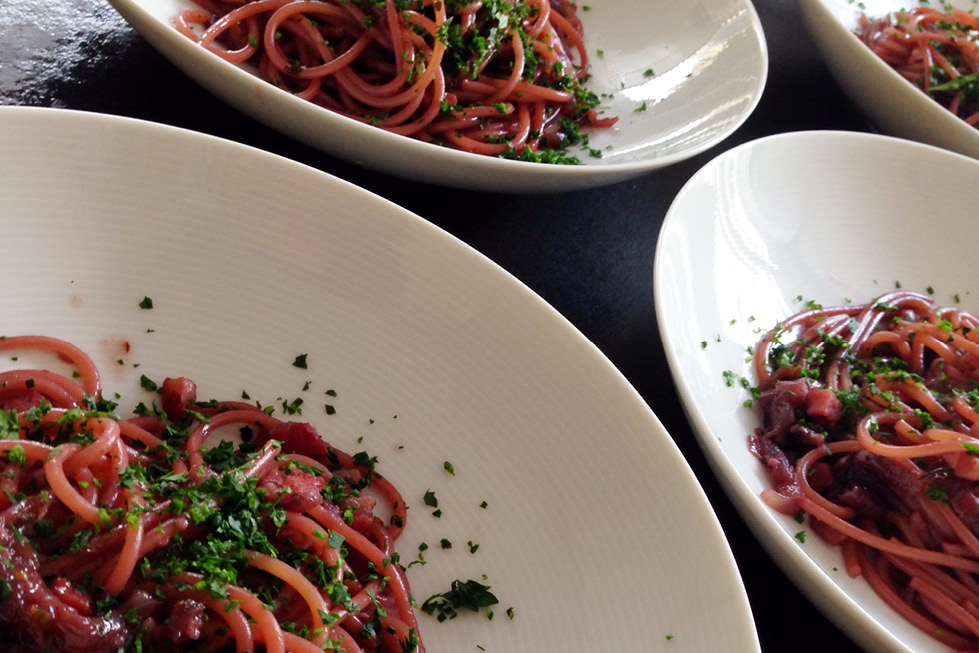 On a recent Tuscan break we discovered on a menu, Spaghetti Ubriachi, literally translated as “drunken spaghetti” but actually being spaghetti cooked in red wine. We came across it in a wonderful Italian family run trattoria high on the hills of Montecatini Alto, where, in broken English, the waiter promised us it was made by mamma in the kitchen in the same way she has been making it for years.

A few nights later we tried it elsewhere, and a few nights after that somewhere else, but none could compare to that original dish which was rich in red wine, perfectly balanced with salt from the pancetta with the sweetness of the caramelised onions. Itching to replicate the dish we scoured the web for the recipe, finding versions of Italian drunken spaghetti and versions of spaghetti with pancetta and red onions, but none that combined the two. Taking the best of all of these we’ve come up with a dish, which we think, is as close as we’re going to get to that Tuscan original.

INGREDIENTS (for 4 people for a main course; halve it for a starter):