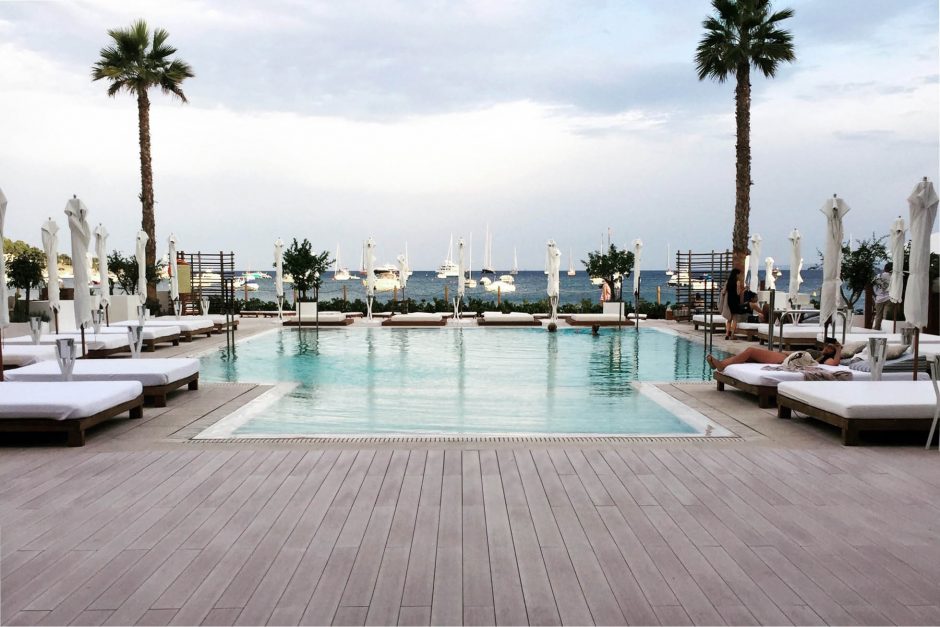 Aside from its party island reputation Ibiza also has its fair share of gastronomic experiences. So, on a recent short break, Elldrew eschewed the nightclubs in favour of a more sophisticated food focused holiday.

Our first destination wasn’t quite on Ibiza itself, but just across the sea on the tiny island of Formentera. Here, nestled amongst sand dunes, one finds beach bar and restaurant El Tiburon. The fact that most of the diners are collected from their yachts by private tender gives you a good indication of the sort of clientele it attracts. For sitting under woven palm fronds with your bare feet in the sand you’re as likely to be sharing a table with European royalty as you are Kate Moss or Mick Jagger. It’s just that sort of place. It’s so laid back you’d walk past it if you didn’t know better, but once at a table (and in “the season” you really must book in advance to get that table) you realise that this is somewhere special. 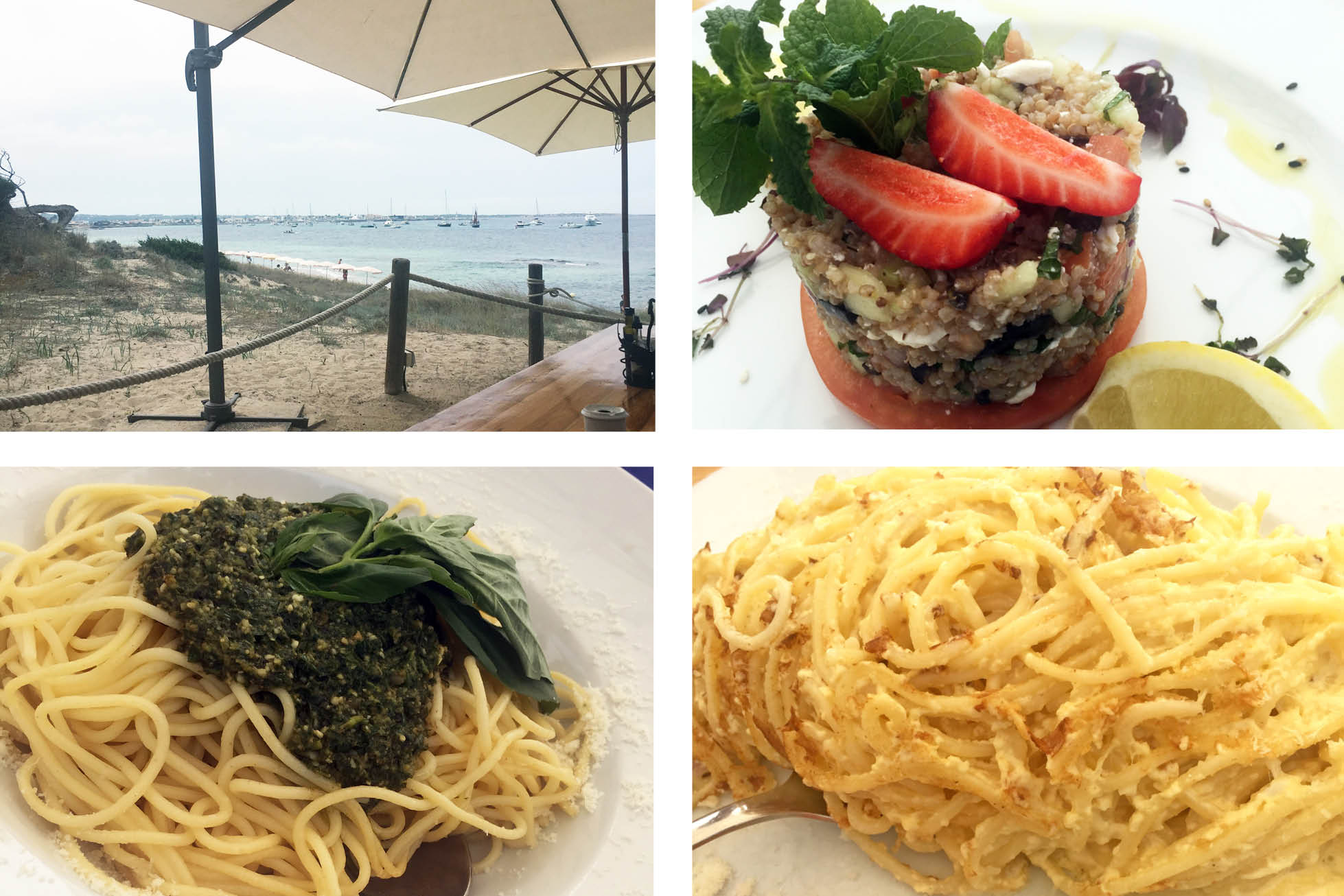 The dishes of the day are written on a chalkboard in four languages – mostly fresh fish picked up at the market that morning – whilst the standard menu covers the full gambit of European tastes. El Tiburon aren’t stupid and they know full well that the Russian oligarch popping €800 bottles of Cristal will likely want caviar blintzes; whilst the poor-little-rich-girl fresh off a cruise from Texas will want a green-goddess smoothie and chicken in a basket. Elldrew started with an Asian seared tuna tataki from their daily specials; it was divine, so fresh that even the most anti-piscatorial at our table enjoyed it, alongside the tuna we had a superlative, although ordinary in comparison, beef carpaccio. For mains, we had one of the freshest and best basil pesto pasta’s ever, bursting with flavour, as well as a spaghetti carbonara that tasted better than anywhere in Italy, as well as a divine quinoa and lime salad. It was all washed down with a jug of Sangria Royale – sangria made with the El Tiburon’s own brand prosecco (because doesn’t every beach shack have its own sparkling darrling?).

We had been here several years back for a friend’s significant birthday, where we had arrived by hired yacht and experienced the private transfer, but alas this time we begrudgingly called a taxi to take us to the ferry port for our trip back to the mainland.

Our second restaurant of the trip was an altogether more sophisticated affair, being at the recently opened Nobu Hotel. Effortlessly cool with an excess of Ibizan white; Nobu is everything you’d expect from the newest Ibizan offering; big day beds, subtle lighting and beautiful people everywhere. The hotel is flanked by its two main restaurants; Japanese infusion ‘Nobu’ (of course) to the left and Peyotito to the right. Not fancying its namesake restaurant, Elldrew opted for a booking at Peyotito – a modern Mexican restaurant with a sister in London that we haven’t been to, yet. 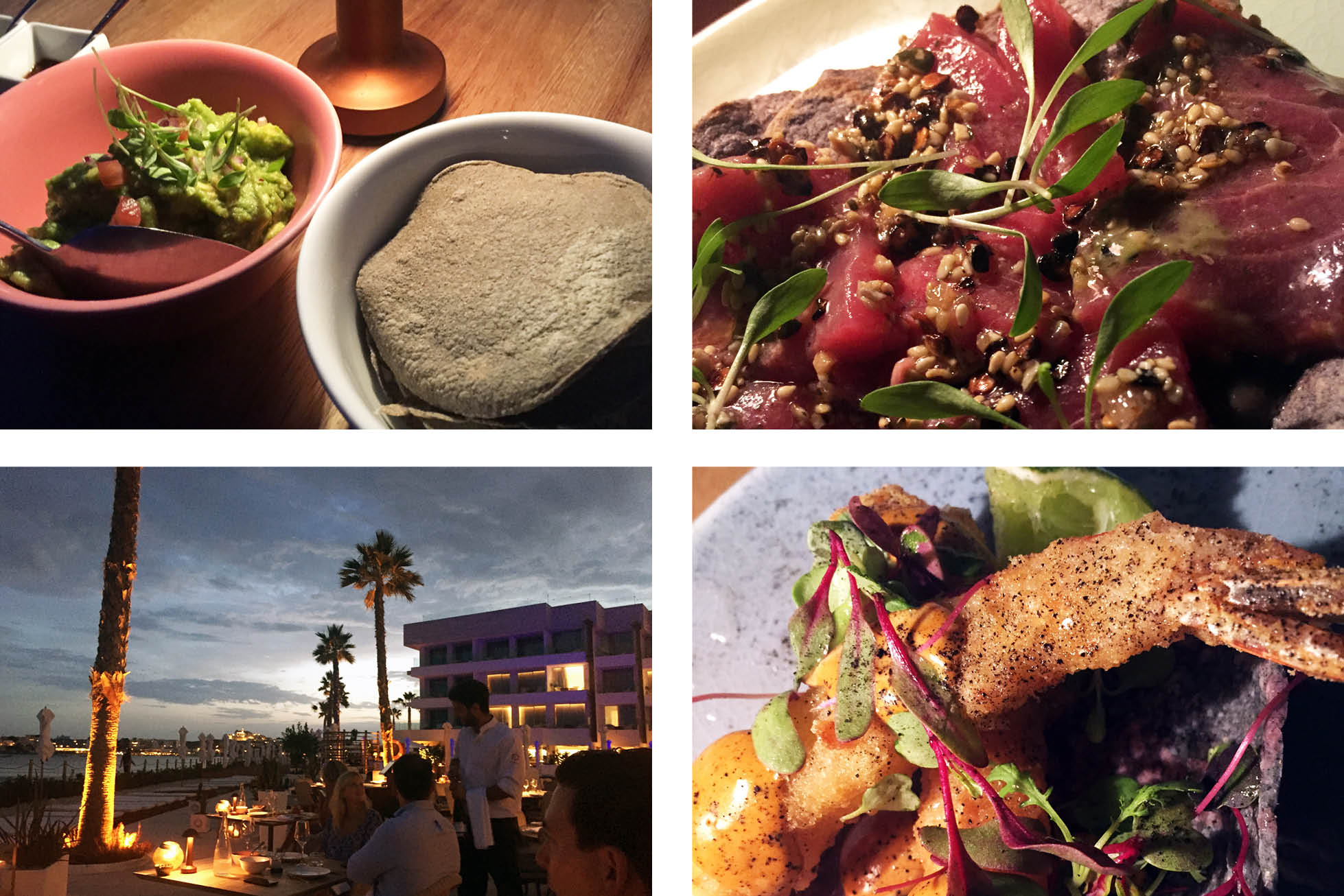 Sitting outside in twilight with views across the Mediterranean, sipping on a chilli & passion fruit margarita (not a cocktail umbrella in site) this feels about as far away as one can get from the stereotypical perception one has of Ibiza. Peyotito’s menu blends modern Mexican with Spanish and Ibizan flavours for a healthy, flavoursome delight. For this meal Elldrew didn’t want a heavy dinner so shared a classic guacamole to start. For mains, we went with a selection of tacos; choosing a mix of lamb shoulder, tiger prawn tempura and Iberico pork. The flavours of each were distinct and outstanding; a light pineapple pico de gallo cut through the richness of the pork, and a charred chilli salsa supported the 24hr braised lamb. The highlight though was the tempura prawn taco – it was exquisite and fresh – and for two people who don’t really love seafood we were amazed that this was the second meal at which the fish dish was the highlight!

Our only disappointment was the churros con chocolate for dessert. Maybe we were too full to really appreciate them, but they were just a tad over flavoured and we felt that they were “trying-too-hard”; the classic simple traditional recipe would have been more than adequate after such a rich meal.

We left Nobu and Ibiza with lighter wallets and heavier stomachs, but we’d highly recommend both restaurants. Our only regret is that there is such a good dining scene on the island that next time we visit it would be a waste to go back to one of these…we’d had a delicious welcome cocktail at Amante and heard great things about the food – this is another amazing venue set in a stunning cove that will need to be explored more! 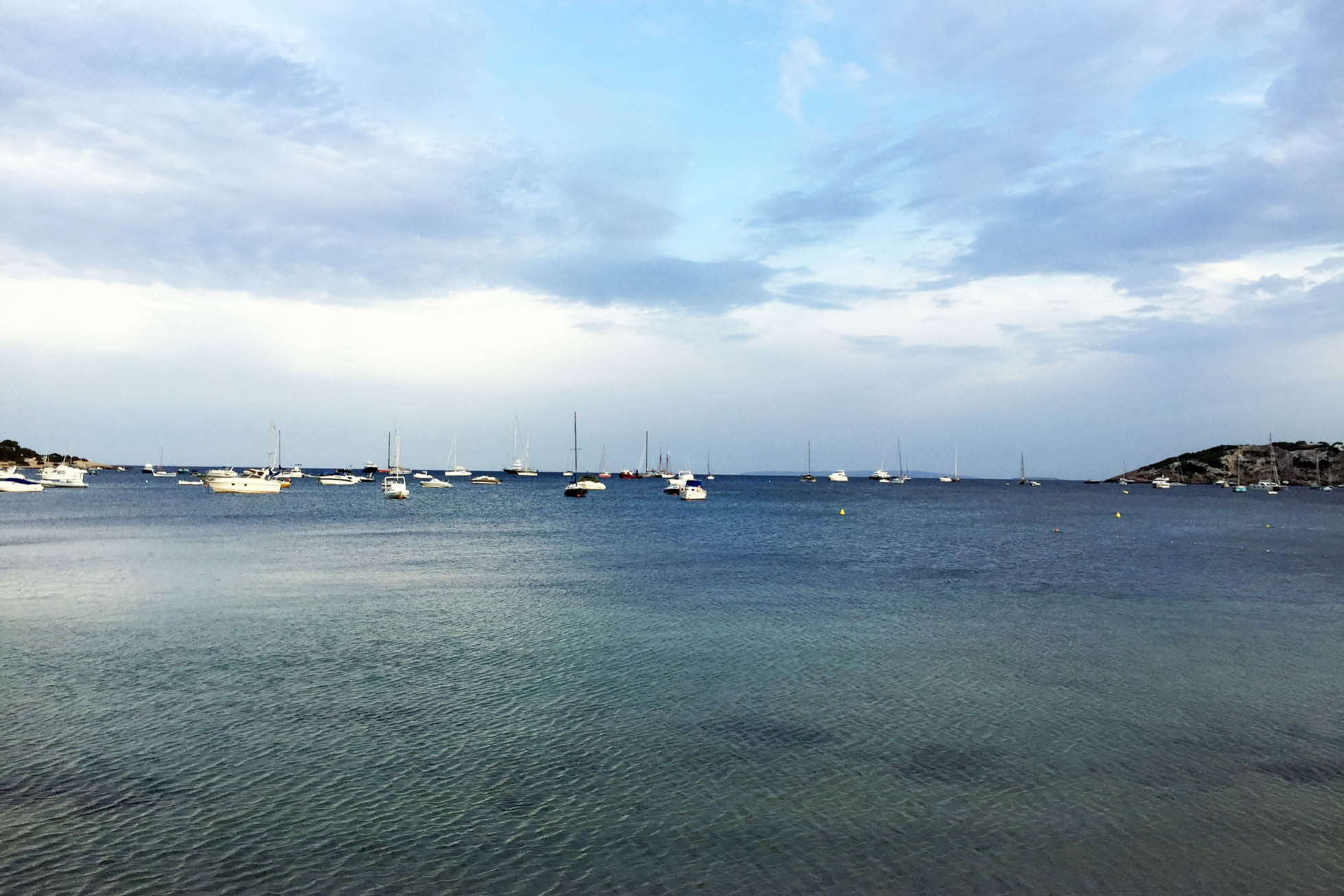