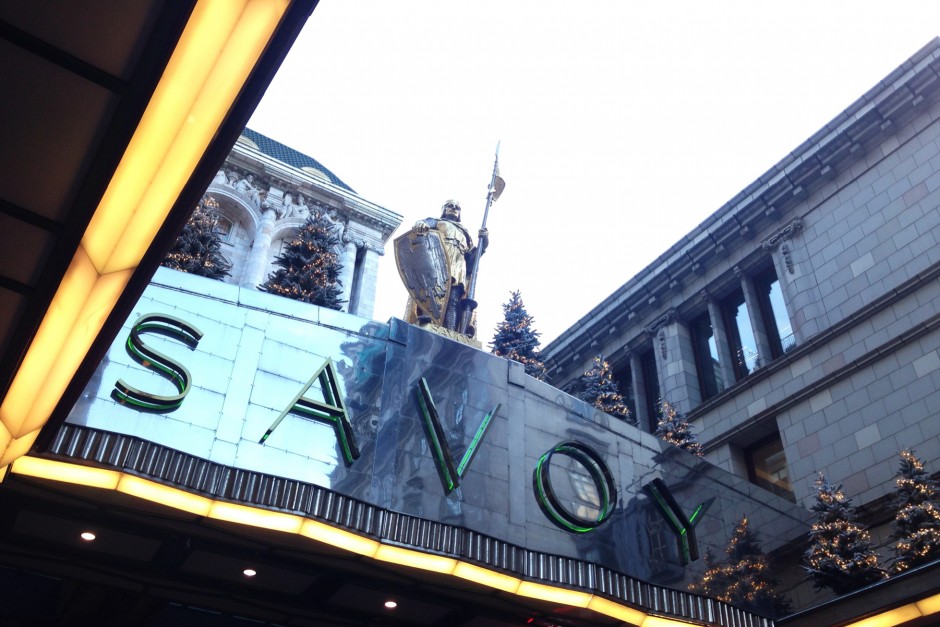 Another year, another season and another ten days of eating and drinking in and around London. Without turning this into a personal competition, having read our 2014/15 eating capers, it could seem like we are setting ourselves an annual challenge to out-do the number of restaurants we can frequent with family and friends over the silly season. We can confirm it’s not our official stance but in review, how did this year compare to the last?

Unlike last year’s turkey burgers our Christmas eating started in a more sedate fashion during an afternoon screening of Star Wars: The Force awakens. We kicked off the calorie consumption with an enormous popcorn and equally large soda that had Papa Elldrew, who claimed he “wasn’t that hungry”, chomping through a good half a tub.

We followed up our gourmet cinema “snack” in the more glamorous environment of the German Gymnasium. Truth be told, this time we weren’t quite as wowed as on our first visit. We sat upstairs where the layout loses a lot of the ground floor buzz; being finer dining it was rather quiet and subdued, but enjoyable all the same. 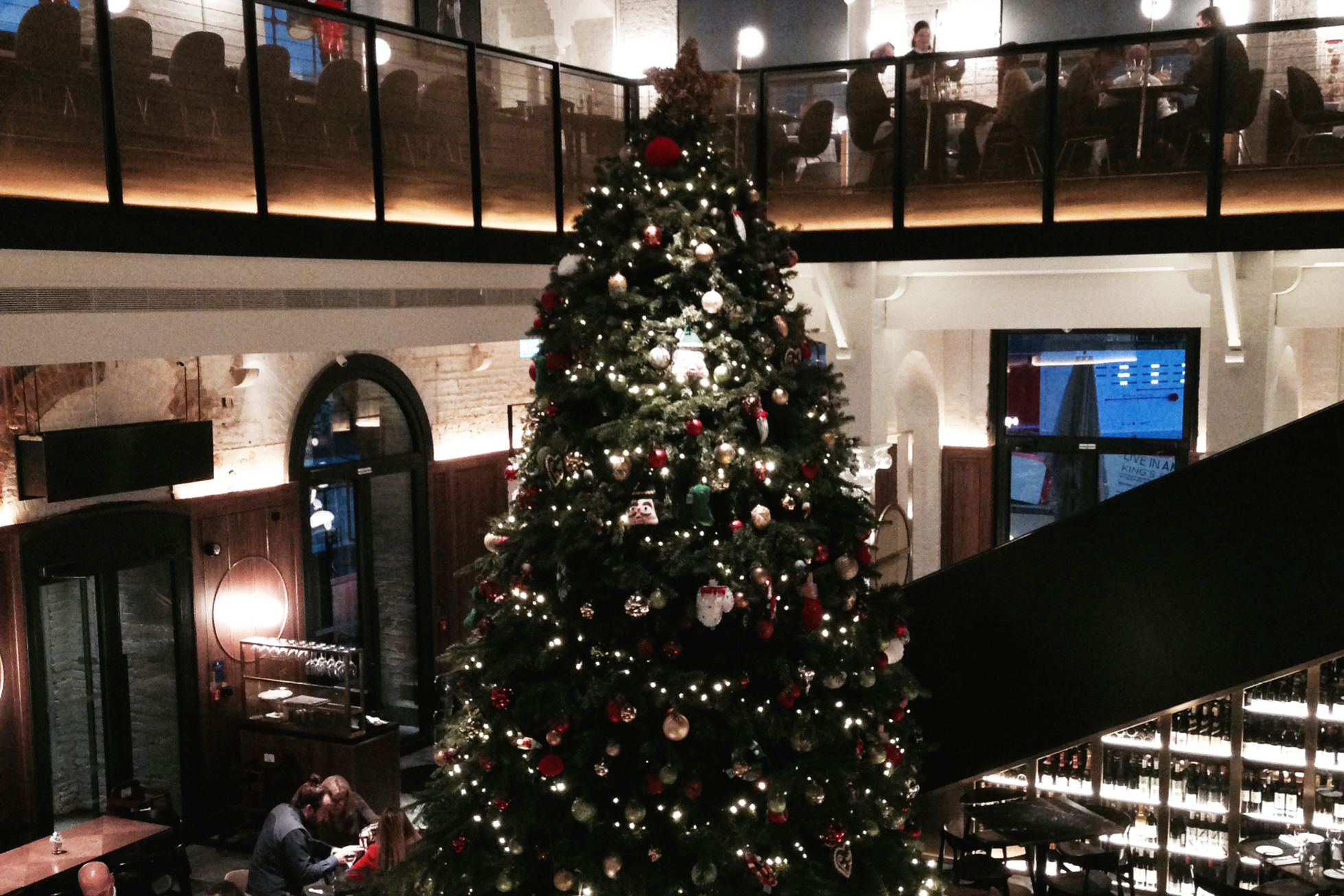 Our next lunch was with friends at the ever-reliable Busaba. It’s not glamorous but it doesn’t need to be. We’ve been going since it opened its first branch in Soho in 1999 and for simple, easy, consistently good Thai food this eatery hits the spot. After all the turkey and trimmings (and popcorn) the fresh Asian flavours – and a pot of green tea – went down a treat!

48 hours later and feeling refreshed and ravenous Elldrew took themselves to the Savoy Grill for the special Escoffier tribute ‘Truffle Menu’ (Auguste Escoffier being the Savoy’s first chef). Regular readers will recall our trufflicious exploits in Croatia so we couldn’t resist trying this menu (only available through December). We’d not been to the Savoy Grill before and we’re afraid to say we wouldn’t rush back either. It’s a lovely old school restaurant with gorgeous art deco interiors, silver service and fine dining, but something about this restaurant just couldn’t hold Elldrew’s attention – we weren’t wowed. We tucked into a gastronomic set menu of smoked salmon with truffle scrambled eggs, a linguini with truffle velouté, truffled beef Rossini with foie gras and for dessert, chocolate truffles. Everything was lovely, but some of the dishes only had a hint of truffles…something was missing, nothing packed a punch.

After a bottle or two of fine wine we stumbled into the Ivy Market Grill in Covent Garden for an afternoon tipple, savouring their truffle arancini balls, which were delicious (we do like to keep on theme). To be honest we didn’t need any more food but apparently one cannot just drink at the Ivy bar on their current liquor license. Loved the vibe here and we look forward to returning to the restaurant for a proper meal in due course.

Several hangover’s later and a wonderful New Years Eve dinner at close friends (probably the best meal we had over the period) we wrapped up our Christmas break with a lunch at the new and uber trendy Sexy Fish. It was another family gathering to celebrate Pappa Elldrew’s birthday and the perfect excuse to try out London’s latest hot spot. What a restaurant Sexy Fish is; where the Savoy Grill was old fashioned and a tad frumpy, Sexy Fish oozes cool. The £15 million+ spent on the venue décor shows; it’s decadent and knows it! Alas, at least for Elldrew, that’s where the wow factor ended. Everything else about it was “nice”; the food was nice but neither unusual nor special (the spicy tuna rolls are better at our local Japanese). Favourite side dishes included deep fried Brussels sprouts (very festive) and the spicy noodles. Favourite main was the lamb cutlets. The plethora of staff were charming but disorganised – we had a lovely waiter but we couldn’t tell the Maître d’ from the busboy – tripping over each other, constantly dropping cutlery during clearing or having a rather loud committee meeting behind our table, we can honestly say we wont be rushing back. 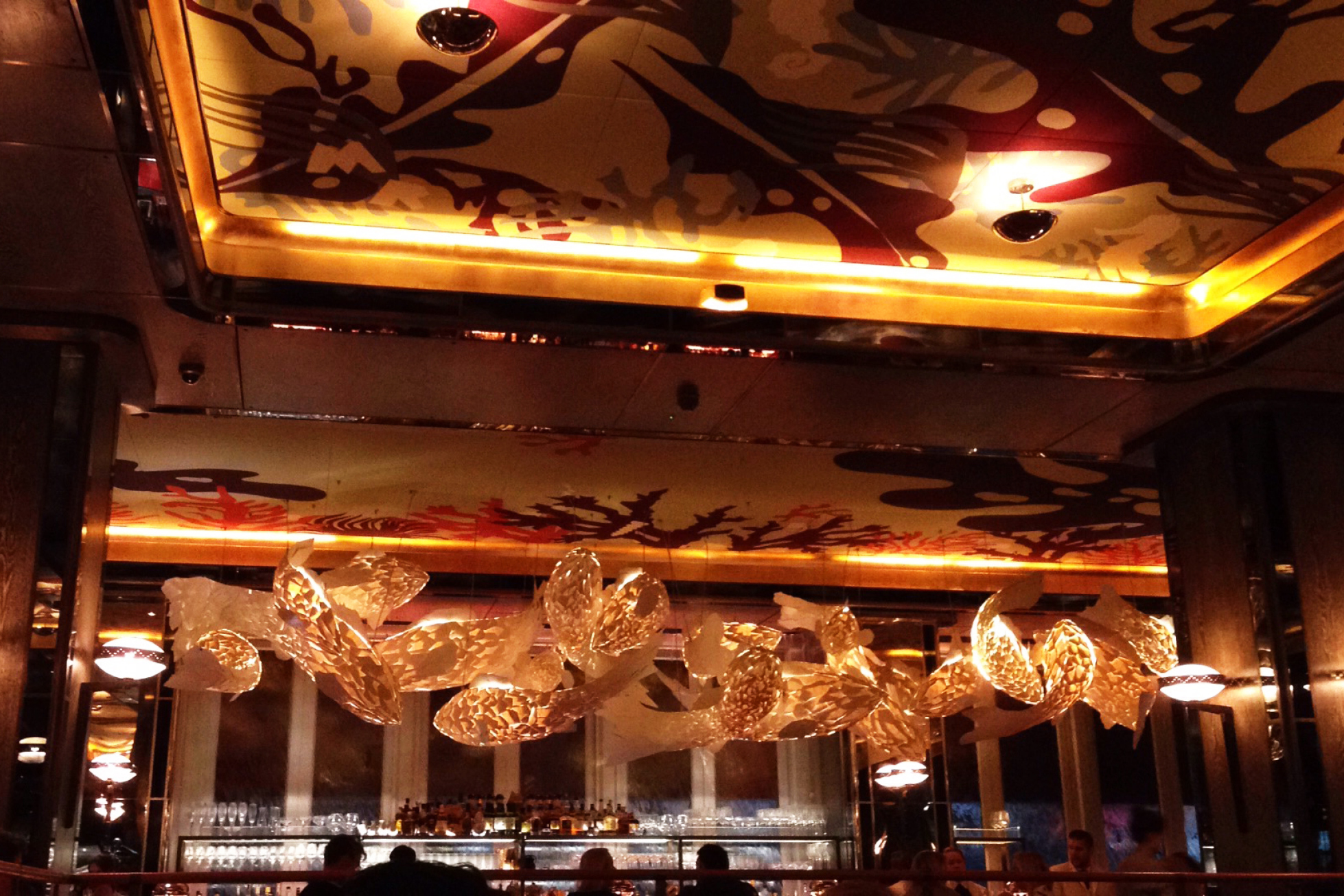 All in all a very enjoyable round up to the year but to be honest it didn’t quite have the festive fun and trimmings like the previous year. 2016 sees Elldrew embark on the 5:2 diet. 5:2 because that means we can starve for two days but continue sampling London’s finest on the other 5. Top of the list is the chef’s table at Parlour Kensal and the recently opened Bellanger. We have a sinking feeling this diet isn’t going to achieve results!

The Song Of Achilles